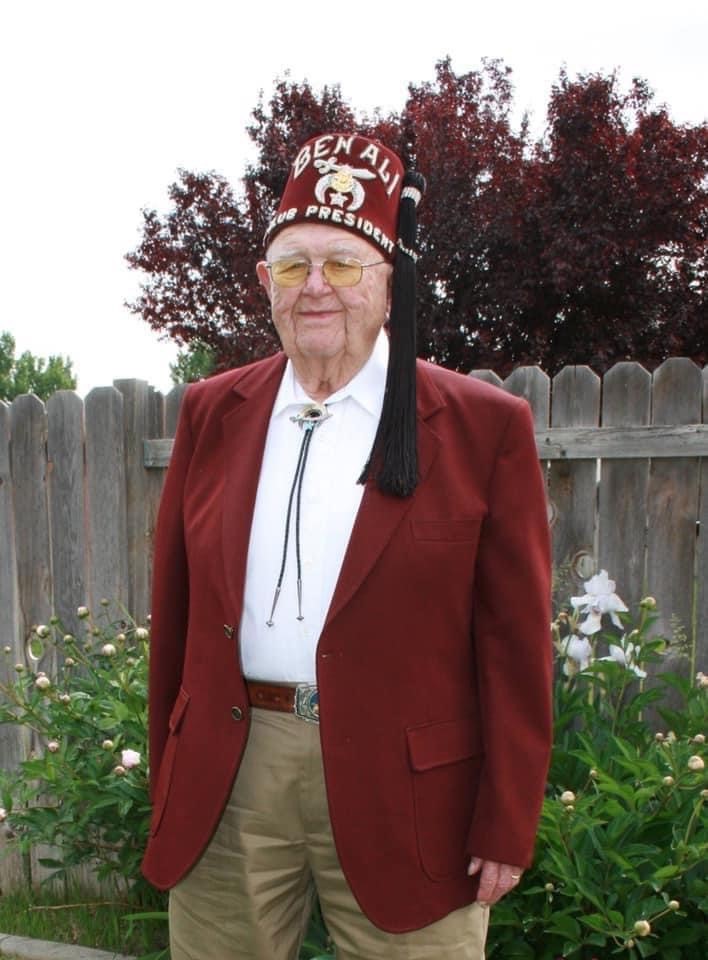 John Daniel Rice peacefully passed away at his home in the early hours of Thursday October 7th, 2021, at the age of 96.

John (Jack) was born on November 20th ,1924, in Colusa, California to Roy and Mildred Rice.  He was raised in Stonyford, California where he attended Maxwell High School.  Upon his return from the service with the US Army following World War II he married the love of his life, Inez (Inie) Belle Rice on May 19th, 1946, in Sacramento California.  They settled down and resided in Colusa California where John worked for Pacific Gas and Electric.  They moved to Williams California in 1950 where they raised their family.  The couple welcomed identical twin girls, Florene and Norene in 1950 and a son, Fred in 1956.  John worked for Pacific Gas and Electric full time and worked Saturday’s at the William’s Hardware store.  Jack and Inie retired in 1982 and in 1993 moved to a cabin in the mountains of Lowman Idaho to enjoy their retirement in the beautiful Boise National Forest.

Jack was a volunteer fireman for the William’s Fire Department where he was very active up until the time he became an honorary fireman.  He was an active Mason and Shriner, where he served as President of the Northern Valley Shrine Club in California.  Jack enjoyed riding the five man bicycle in the parades in northern California with the Shriners.  He was also very active in screening children for the Shriners Hospitals for Children.

Jack and Inie enjoyed several years of traveling in their motor home where he collection shot glasses from all of their travels.  He had well over 150 shot glasses in his collection.  Jack loved to dance with his bride, always joining in at the Williams Fireman’s Christmas Ball.  The couple continued to dance as often as they were able throughout their 74 years of marriage.  Jack lost the love of his life in August 2020.  He loved her beautiful radiance and always call her his bride.  Jack and Inie’s romance was an inspiring example to their children, grandchildren, and friends of timeless and unconditional love.  Jack loved his wife, family, and God, he always wanted to help people.  He was a dedicated member of the Lowman Community Church and was a member of the Lowman Volunteer Fire Department where he served as long as he was able.  Jack will be greatly missed, but he is with  his bride again, dancing with her in heaven.

In lieu of flowers the family is asking donation be made in John’s name to the Shriners Hospitals for Children at https://donate.lovetotherescue.org . Condolences may be sent to the family at www.bowmanfuneral.com