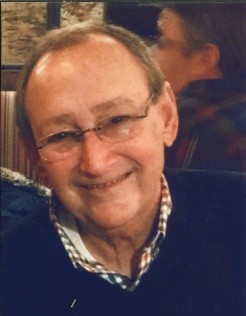 A fifth-generation Idahoan, I was born in Boise 9-21-47 and died 2-13-19. Early years included kids’ games in the neighborhood and at Elm Grove Park. It was during this time that I met my future wife, Nancy, whose family lived four houses from mine. Junior/Senior High School years brought water and snow skiing, football and basketball games, dances and weekend pizza with friends. I graduated from Bishop Kelly in 1965 where I wrestled, played baseball, was on the ski team and served on the student council. For the next 4-5 years I added teaching ski lessons and coaching little league baseball to my activities. College was a five-year journey between Boise and State and Idaho where I was a member of the Kappa Sigma Fraternity. For many years I was passionate about fishing mountain lakes around McCall and Ketchum, sometimes hiking and sometimes riding one of my off-road motorcycles. Cars have always been a part of my life: muscle cars, ’60s Corvettes, Porsches, and BMWs (two currently).

Banking was my occupation of choice from January 1970 until retiring January 2007 as VP/Mgr McCall Washington Federal. During this period my son Nik was born in 1976. In 2001 I married Nancy and her sons Scott and Chad became part of our blended family. After retiring, Nancy and I bought a second home in Rancho Mirage, CA where we spent many wonderful days with family and friends.