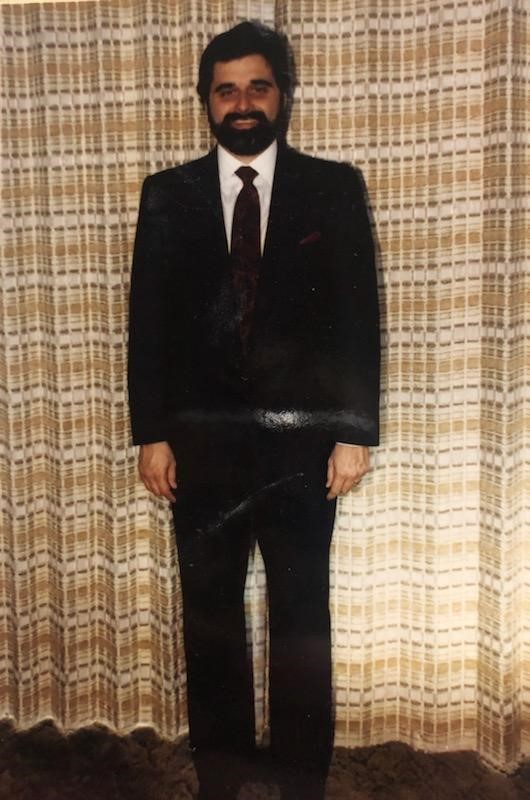 John was born in New York City, New York, to proud parents Michael and Caroline Altieri. He loved outdoor activities such as skiing, camping and playing with his nieces and nephews. He was confirmed in the Catholic church, became an alter boy, and went to catholic schools growing up. He graduated with a BS from National University.  His work at Xerox led him to California.  There he went to Calvary Chapel of Costa Mesa and gave his life to God and was baptized in the ocean.  Soon after, he was hired at Wycliffe Bible Translators as manager of the Computer room where he met Jan who was the Supervisor.  They were very involved in the Worship Community and participated in the recording of Calvary Chapel of Costa Mesa Worship Community album.  It was his passion to sing and praise God. He was always reading and studying the bible.

Jan & John went through vigorous counseling with Pastor Romaine and were married by Pastor Chuck Smith at Calvary Chapel of Costa Mesa, April 30, 1983.  After years of trying to have a child and 10 tries of IVF, in 1996, God blessed them with their miracle child, Jonathan.  In 1999 they moved to Jan’s hometown in Idaho where they decided to spend the rest of their years.

John worked for HP and Albertsons in computer technology and storage and then worked for DXC consulting HP. He took care of data systems in many locations around the world.  On New Years Eve, after 911, John voluntarily went to New York for 2 weeks and helped the workers, fire fighters and police who were uncovering the rubble.  Jan called him just before midnight on Dec 31st and counted down the minutes to midnight over the phone. He repeated the count down to the workers so they could celebrate the New Year together.  He was serving coffee to them as the wind chill factor was –4 degrees. He was the only one there serving as the other volunteers went to watch the ball drop.

John organized chess tournaments, along with friends, volunteers, and volunteer coaches from schools K thru 12th grade for over 10 years. The schools would have teams who would compete against each other and they would receive personal and school awards.  He also brought in famous chess coaches, Bruce Pandolfini, David MacEnulty, and others, to advance the chess community’s skills.

John is survived by his wife Jan, son Jonathan, brother Joseph, sister Theresa, sister-in-law Mary Jean, nieces  His brother said, “Even though we lived far away from each other, whenever Johnny would visit his family in New York, everyone was always excited to see him.  We have our memories to keep his spirit alive in our hearts always”.

He is also survived by Jan’s family, Father and Mother-in-law Lou and Verna Lou, Sister and Brother-in-laws Carrie and Brad, Brett and Leslie, Jill and Ray and their families.

Every room was brighter with him in it and we are all going to miss his smile, laughter, jokes, friendship, care and concern.

He loved this nation and his God and was very much an American Patriot.

John has left this earth and has moved to Heaven to be with his Lord. His address has just changed.

A funeral service will be held on Wednesday, September 8, 2021 at 11:00 am with a visitation held one hour prior to the service at Bowman Funeral Parlor located at 10254 W. Carlton Bay Garden City, Idaho 83714.  There will also be a second service at Dry Creek Cemetery at 12:30 pm for people that wish to be outside at Dry Creek Cemetery to accommodate people for social distancing. Condolences maybe left at www.bowmanfuneral.com.

A funeral service will be held on Wednesday, September 8, 2021 at 11:00 am with a visitation held one hour prior to the service at Bowman Funeral Parlor located at 10254 W. Carlton Bay Garden City, Idaho 83714.  There will also be a committal service at Dry Creek Cemetery for people that wish to be outside at Dry Creek Cemetery to accommodate people for social distancing. Condolences maybe left at www.bowmanfuneral.com