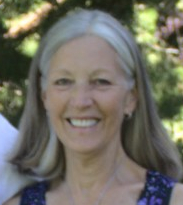 Daughter of Vern and Muriel Schultz, Jody was born in Des Moines IA and lived her childhood in Fort Madison, IA and Mount Prospect, IL.  In her senior year at Prospect High School, Jody decided that she wanted to be a microbiologist, which became her lifelong occupation.

Jody went to Drake University in Des Moines for two years, then transferred to University of Iowa in Iowa City to earn her BS degree in Microbiology in 1975.  She continued her education in the Dept of Microbiology and Public Health at Michigan State University, studying the microbial physiology of termites and earning her M.S degree in 1978. She then worked at the Solar Energy Research Institute in Golden CO for five years, researching the physiology of photosynthetic bacteria as a means of energy production. In 1983, she moved to Stockholm, Sweden to work for the Statens Bakteriologiska Laboratorium, identifying carbohydrate receptors of pathogenic bacteria. She was able to travel a lot during this time, visiting the former USSR and a dozen countries in Europe. Returning to the USA, she decided to go back to graduate school to study the molecular biology of starvation-induced bacteria and earned a Ph.D. in Microbiology and Immunology in 1990 at Stanford University, Palo Alto CA.

Her interest in biotechnology led her to work at a small startup company in S. San Francisco called GlycoGen, researching a novel anti-inflammatory drug.  When the research project was sold to Cytel, Jody moved to San Diego in 1991 to continue in the process development of the drug until it failed in a clinical trial.  She moved to Seattle in 1996 as Director of Biologics of NeoRx Corporation, focusing on genetically engineered, antibody-based targeting vehicles for cancer clinical trials.  After NeoRx terminated the project in 2002, she worked for ZymoGenetics to focus on the qualification and biological license application for a hemostatic agent. After retiring from full-time work in 2007, Jody set up her own independent business for another 11 years of biotechnology consulting.  This freedom allowed her do all her favorite things: yoga, sewing, watercolors, gardening, and travel.

Jody loved to travel and had many adventures. One of Jody’s favorite trips was a 2-week SBCC geology and camping field trip to the Colorado Plateau that was taught by her sister Jan and brother-in-law Jeff.  Another adventure was with her sister Laurie and brother-in-law Paul, canoeing and camping on Zimbabwe’s Zambezi River amongst crocs, elephants, and hippos. A very special trip was through northern France with her spouse, siblings, and cousins, following the path their grandfather took during WW1 in the First Division. One of her most intrepid trips was a 2-week rafting adventure with her cousin Blake through Ivvavik National Park on the Firth River, high above the Arctic Circle in Yukon, Canada.

She leaves behind her husband Patrick Sugrue, two sisters Jan Schultz (Jeff Meyer) and Laurie Schultz (Paul Linde), and her brother Jeff Schultz (Faith Zeppa).  Per her request, Jody’s ashes will be laid to rest in a private family-only memorial service. Jody was much loved by her family and friends for her grace, her soft humor, her generosity, and her positive take on ordinary things. It would be hard to find a more loyal friend than Jody. She loved her family, friends, and her gregarious husband Patrick, who made her laugh every day.

Per her request, Jody’s ashes will be laid to rest in a private family-only memorial service.