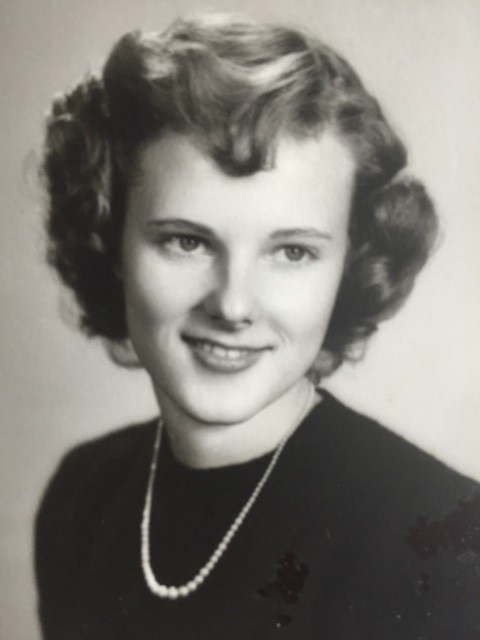 JoAnn LeClaire passed away peacefully at home in Meridian, ID on Tuesday June 29, 2021. She was born to Joseph and Neva Whalen in Butte, MT on December 26, 1929.

Most of JoAnn’s childhood was spent in Pompey’s Pillar where she graduated from Huntley Project High School. She studied history at the University of Montana in Missoula where she met Jack LeClaire on a blind date. Following graduation, they were married on August 29, 1951.

JoAnn and Jack spent their first 15 years of marriage in Montana, where Jack was employed as a high school math teacher and coach of many sports; primarily basketball. They always spoke most fondly of their memories in Livingston where they were close to JoAnn’s sister Mickey and brother-in-law Clayton Olson.

The LeClaires moved to Idaho in 1967, where they had the opportunity to open an Appliance and Electronics business.  The move was successful and they lived, worked and raised their family of five children in Moscow until 2017.

Clearly, family life was busy for JoAnn! She also participated in her children’s many school activities, church and civic organizations, the University of Idaho Alpha Phi alumnae chapter, and managed a women’s clothing store with dear friends. She was a voracious reader of novels and historical books. As her sight waned in later years, she listened to books on audiotapes. Many books!

JoAnn should have received an Honorary Degree in Hospitality as the LeClaire home in Idaho became known as the “Moscow Hilton.”  It was the favorite summer and holiday destination for children, grandchildren, as well as numerous other family and friends.

JoAnn was preceded in death by Jack, her husband of 68 years, parents Joe and Neva Whalen, sister Mickey Olson and brother Dan Whalen.

Arrangements are managed by Bowman Funeral Home of Garden City, ID. In lieu of flowers, the family suggests a donation in memory of JoAnn to St Labre School in Ashland, MT.