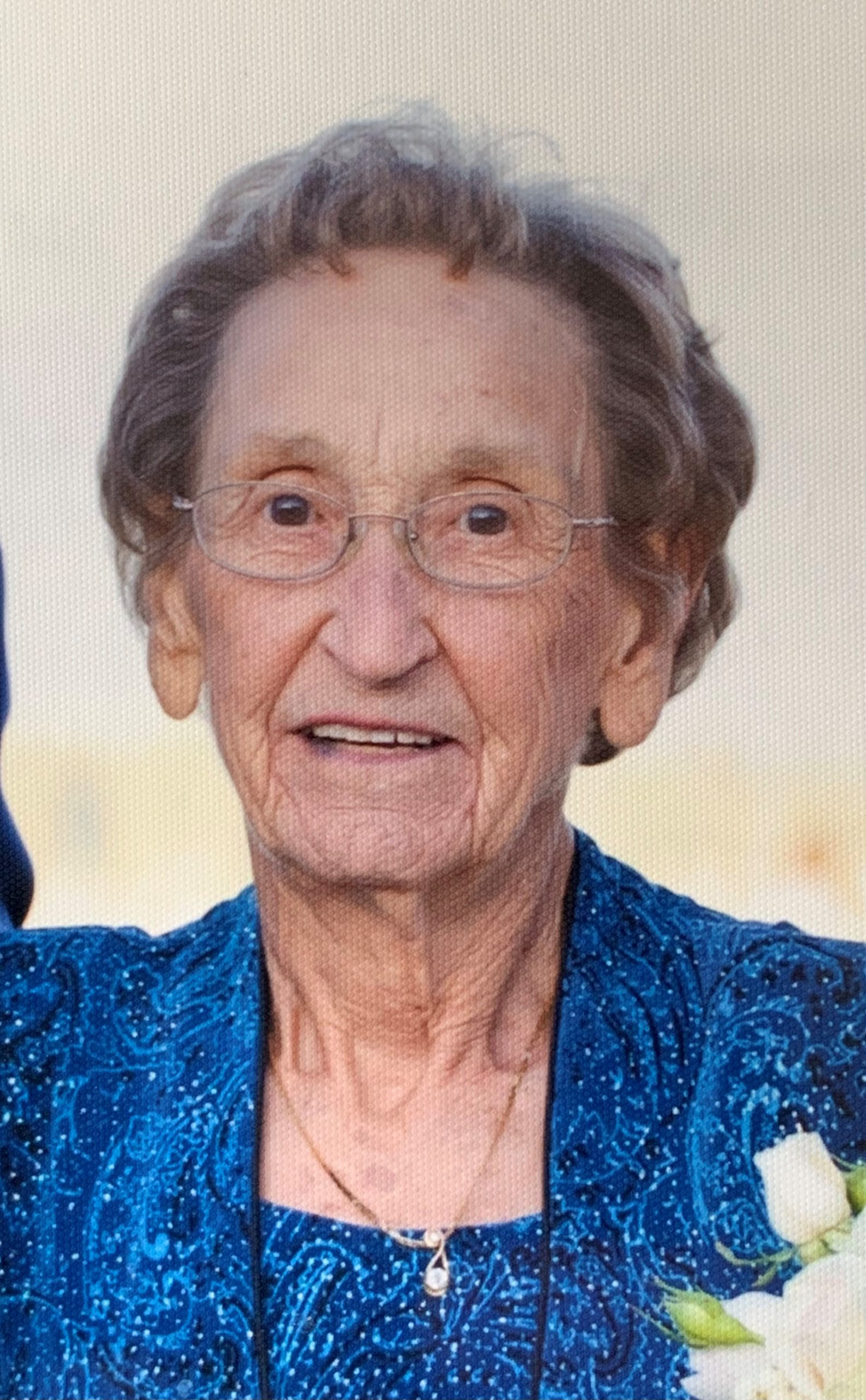 Joan Arriola Prickett passed away on Sunday, November 14, 2021 surrounded by family at her home.  She was 99 years old.

She was born Pia Arriola on July 5, 1922 in Elko Nevada at the Star Hotel to hard-working Basque immigrants, Felipe Arriola and Agustina Garachana Arriola. Their influence and dedication to hard work and family influenced her entire life.  The family moved to South Boise shortly after where Joan remained until her death.  She ultimately passed from this world at the home of the Prickett family homestead, where she had moved in 1951.

Joan attended Garfield school, both the old and new building, and graduated from Boise High School in 1940.  She was among the first class of graduates from Boise Junior College becoming a teacher at numerous grade schools, some one room, in the valley, including Crouch, Lowell, Garfield and Holcomb Schools.  In 1948, Joan married John Prickett on December 26 at Our Lady of the Rosary Parish and her career changed to farmer’s wife and mother.  The family grew to five with the births of Marilyn in 1954, Tina in 1955 and Jay in 1957.  Never one to sit for too long, she took on her responsibilities with the ethic taught to the children of the immigrating class.  She was proud of her parents, her Basque heritage and her humble beginnings and eternally grateful her parents had come to this country.

Joan was active in her children’s and grandchildren’s schooling, belonging to the PTA and cheering in the bandstand for her star offspring.   She was also very active in her church, Our Lady of the Rosary, of which she became a member upon its construction in 1947.  Her social personality and eagerness to help out and keep moving kept her travelling, learning new things, leading a healthy lifestyle, and led her to participate in many activities.  She belonged to numerous bridge clubs throughout the years, loved all sports and particularly BSU, belonged to T.O.P.S., worked out at the Senior Center, enjoyed gardening, nature, reading and most of all, she loved to dance and sing.

Joan was a wonderful, kind, and generous person who spoke her mind, as a Basque person tends to do.  She had a wonderful sense of humor and made many great friends throughout her life.  Joan was funny to the very end still making “zingers” on her last day.  She showed her love through her chocolate chip cookies and apple pies amongst many other things.  Joan died a happy and contented woman.

The family would like to thank her special friends who kept her company until the end, including, but not limited to Miren Lolley, Loneta Behrens, Cecilia Stankey and Patrick Cantrell.

Funeral services will be on November 29, 2021 at 11:00 am at Our Lady of the Rosary Church, 1500 E Wright Street, Boise.  A Rosary will be performed prior to the funeral mass, at 10:00.  In lieu of flowers, please consider The Basque Museum of Boise or The American Heart Association.

Funeral services will be on November 29, 2021 at 11:00 am at Our Lady of the Rosary Church, 1500 E Wright Street, Boise.  A Rosary will be performed prior to the funeral mass, at 10:00.  In lieu of flowers, please consider The Basque Museum of Boise or The American Heart Association.