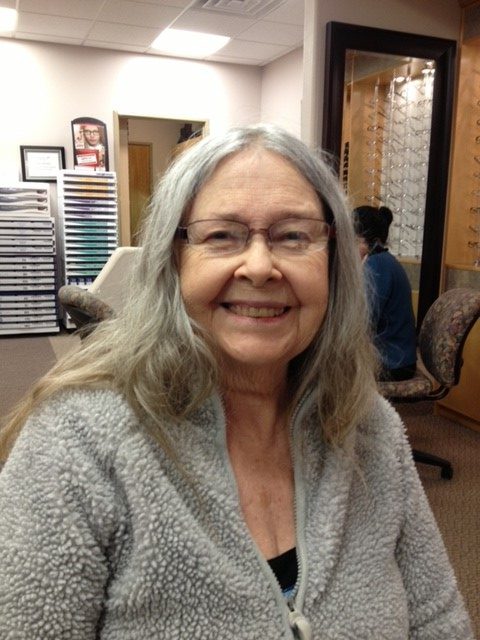 Joan Dolores Swanson Pottenger was born in a small, white house in Cook, Minnesota on November 20, 1937 to John B. and Iva M. Swanson.  She would spend her early years in Cook and eventually move out to the country where her mom and dad built a little place on the lake.  Lake Vermilion became the base of her adventures where a love of fishing prevailed.  Joan, or Joanie as she preferred to be called, graduated from Cook High School on June 3rd, 1955.   After high school she moved to Minneapolis to attend Augsburg College, where she lettered in cheerleading.  Following Augsburg, she became a reservationist for Capital Airlines where she excelled in customer service.  Eventually, she returned to Minneapolis and earned her Associate’s Degree in Liberal Arts at the University of Minnesota in 1962.  Maintenance involved with owning a Volkswagen Bug resulted in her meeting the love of her life, Charles Pottenger.   Charles and Joanie where married on March 23, 1963 at the Trinity Lutheran Church in Cook, Minnesota and later moved to Oshkosh, Wisconsin while Charles finished his doctorate.  Joanie graduated with her Bachelors of Arts degree from Wisconsin State University, Oshkosh on June 03, 1966.  Charles’ profession brought them back to Minnesota following his graduation.   Joanie was proud to say she accomplished soloing a private airplane, though flight was not her passion, simply a personal accomplishment.  Their son Matthew John was lovingly welcomed into their lives in 1971 and Kelly Iva followed in 1974.  Changes to her marital status followed, but Joanie, Kelly, and Matt continued many wonderful adventures, which included blessed times at Lake Vermilion, waterskiing and fishing.  Time was also spent enjoying the beaches of Florida, experiencing countless road trips, and cherishing any time she could have together with her kids and grandchildren.

Dementia stole so much from her over the last 8 to 10 years.  We rejoice that she is home in the arms of Jesus, free from the bondage of her earthly body.

Her infant sister, Janice Mary, her mother and father, and many beloved aunts, uncles, and cousins, preceded Joanie to heaven.

Joanie will continue to be remembered and warmly loved by her daughter and son-in-law, Kelly and Gentry Wuthrich, son and daughter-in-law, Matt Pottenger and Shelly Knight, and beloved grandchildren Khyla, Braden, Rylee, and Addison.  Fly high mom.  Philippians 4:4-7.