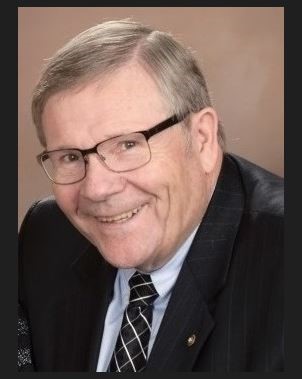 Jerry Roger Timm was called home on September 15, 2022, at the age of 80.   This native son of Idaho was born in Nampa on April 16, 1942, to Sheldon A. (Shelly) Timm and Beulah Bell Timm.  Jerry’s father was employed by Idaho Power, and his mother taught school.  When Jerry was four years old, the family, which included his two year old sister Roberta, relocated to McCall.

While growing up in McCall was idyllic with skiing, golf, and all the wonderful facets of small town life, the early days were not easy.  His father eventually started Timm Electric and built an award winning General Electric dealership.  In this beautiful place by the lake, the Timm family prospered through hard work and determination.  Much of the hard work came from Jerry who was the designated ditch digger since his father also provided many plumbing services.  This did not keep Jerry from having a wonderful childhood.  He loved and respected his parents. And Jerry loved people and had many lifelong friends.

Jerry married Wandalee Miller in 1963.  They had two children, Bryan Timm and Michelle Timm Weber.  Their marriage later ended in divorce.  Bryan (Kathryn) and Michelle (Todd) brought five children and identical twin great granddaughters to the family.  Michelle and Todd have recently retired from Washington state to Emmett.  Bryan and Kathy have their primary residence in Portland.

Following graduation from the University of Idaho in 1965 with a degree in business, Jerry was employed by Touche Ross & Co. completing the CPA exam in 1966. In 1973 he joined Albertsons, Inc., as assistant controller.  At Albertsons, Jerry rose to the position of Vice President and Controller.  In 1989, he joined Fiberglass Systems (now Best Bath) as part owner.  He later sold his interest in the company and retired.

In 1991, having been set up on a blind date, he met his future wife Marcy who worked for First Security Bank.  Jerry and Marcy had a life full of friends, fun, travel and lots of love.  Jerry was a charter member and past president of the Boise Sunrise Rotary Club.  His father set the example by being a charter member and past president of the McCall Rotary Club.  The motto of Rotary, “Service above Self,” fit Jerry well.  He was the Rotary District Governor for southern Idaho and spent a year traveling to every club across the region.  International Rotary conventions took Jerry and Marcy to Australia, China, Japan, and Tibet.

During his long career, Jerry served on the Idaho State Board of Accountancy and in addition to Rotary had leadership positions in Ada County United Way; American Red Cross; National Association of Accountants; The Learning Lab and other service organizations and projects.

Jerry and Marcy worked together for over a decade on their most important project.  Working with a team of members, they helped save University Christian Church by relocating it from the middle of the BSU campus to Meridian.  Founded in the 1880’s in Idaho Territory, the original church was renamed Parkview Christian Church and is thriving today.  Jerry served as church treasurer for over a decade.    The faith that they developed by being part of this valuable Christian effort has been a blessing in their lives and especially as they faced recent end of life challenges.

Jerry is survived by his wife, Marcy, and his children Bryan (Kathryn) Timm and Michelle (Todd) Weber; his grandchildren Jessica Peterson (Adam,) Nicholas Timm, Karissa Payne (Michael,) Nathan Angevine, and Luke Angevine.  His twin great granddaughters are Charlotte and Claire Payne.  He is also survived by his sister Roberta and many cousins.  His parents preceded him in death.

A memorial service will be held at Parkview Christian Church in Meridian on Friday, September 30, at 11:00 a.m. with a luncheon to follow.

A memorial service will be held at Parkview Christian Church in Meridian on Friday, September 30, at 11:00 a.m. with a luncheon to follow.