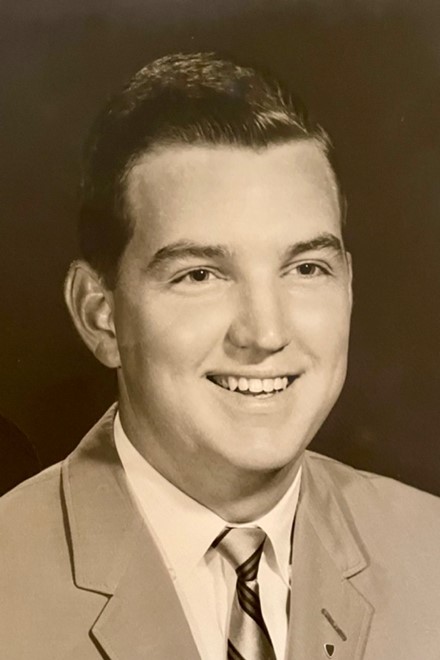 Jerry Glenn Hayes, 76, passed away on Sunday, January 9, 2022 in Boise, Idaho after a courageous battle with cancer. Jerry was born in Smithfield, NC on February 14, 1945 to the late Paul Hayes and Munza Barbour Hayes. He attended Selma High School and received his BS in Civil Engineering from NC State University in 1968. Upon graduation, Jerry joined the US Army and rose to the rank of 1st lieutenant. He was sent to Vietnam and was awarded The Bronze Star Medal. He was also given the National Honor Medal 1st Class by the Republic of South Vietnam for his actions, service and bravery during the Vietnam War.  Upon returning from Vietnam, Jerry continued his education. He went back to NCSU and received his MSCE in 1977. Jerry then enrolled in The University of North Carolina at Chapel Hill where he received an MBA in 1979.

Jerry was an avid sports fan who loved the NCSU Wolfpack. He was a long-time supporter of the Wolfpack Club, and he enjoyed watching his team play any time they came on. In his younger days, Jerry loved to travel. He took several trips up, down and across the country in his car so that he could see the country that he fought for. A committed conservative, Jerry enjoyed a political debate almost as much as he enjoyed White Swann Barbecue. Jerry’s work as an engineer led him to jobs across the country from the NCDOT in Raleigh, NC to Houston, Texas and finally to Idaho where he retired. Once he retired, Jerry spent his time going to his favorite restaurants where he could eat and watch sports, hunting with friends and driving into the mountains with his beloved dog and best friend, Jasper.

Jerry is survived by his sister, Shirley Hayes Jones, of Raleigh, NC; brother, Sherwood Hayes and wife, Shirley, of Selma, NC; niece, Tonya Jones Zucker and husband David, of Raleigh, NC; and cousin, Gary Strickland, of Cary, NC along with other cousins and friends. The family would like to thank Jerry’s landlord, Kerri Snow, Tim Ault of Morning Mist Kennels, and the many doctors, nurses and social workers at St. Luke’s and Blue Bird Hospice. All of whom helped care for Jerry during his illness. A private graveside service will be held at a later date. Memorial contributions can be made in Jerry’s honor to: K9s for Warriors, PO Box 865431, Orlando, Fl 32866.