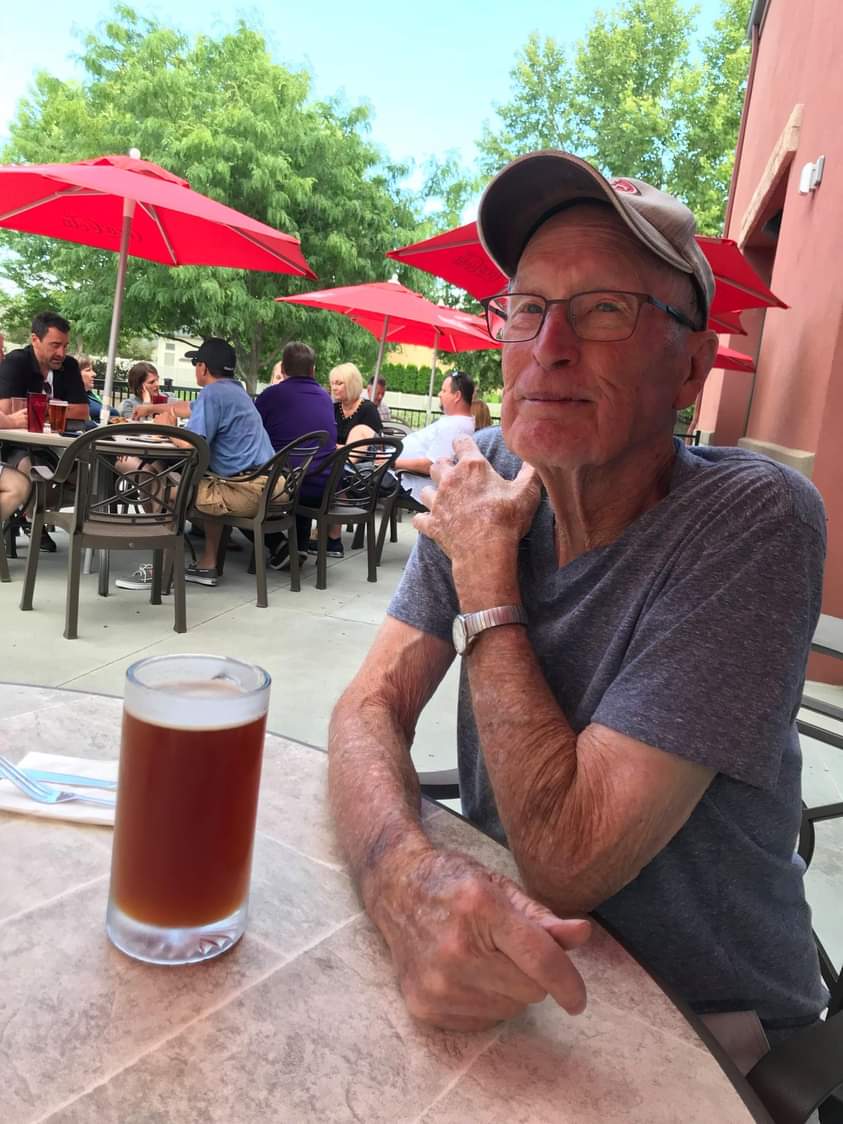 Jerold “Jerry” Baxter died peacefully on Monday morning, October 26th, at the age of 91.
Dad was born December 12th, 1928 to Young and Earl Baxter of Channing, Texas right at the beginning of the Great Depression. The second of six children, he is survived only by his youngest brother, Stanley Baxter of Georgetown, Texas.
Dad joined the Air Force and was stationed on Matagorda Island in the Gulf of Mexico. He had hoped to see the world but never made it far from Texas. He was honorably discharged in 1956.
Upon leaving the service, a flip of a coin took him to Seattle where he got a job with Boeing. He would later move to San Francisco and begin a long career with AT&T, first as an installer and later in management.
It was in San Francisco that he met his wife, Shirley Cassidy Baxter. They were wed on September 2, 1960, on their lunch hour, at the Justice of the Peace. He and mom had three children: JD, Clare, and Anne. Three grandsons: Zachary, Mitchell, and Payton along with numerous nieces and nephews in California and Texas.
Dad and mom moved to Idaho in 1993 where dad happily played golf in his retirement for many years on the Plantation Golf Course.
Dad and Mom were married for 56 years prior to her passing in July of 2016.
Dad was a good man, a dynamite domino player, and a great father. He was the cornerstone of our family and will be greatly missed.
There will be no service; the family will hold a private scattering of the ashes.