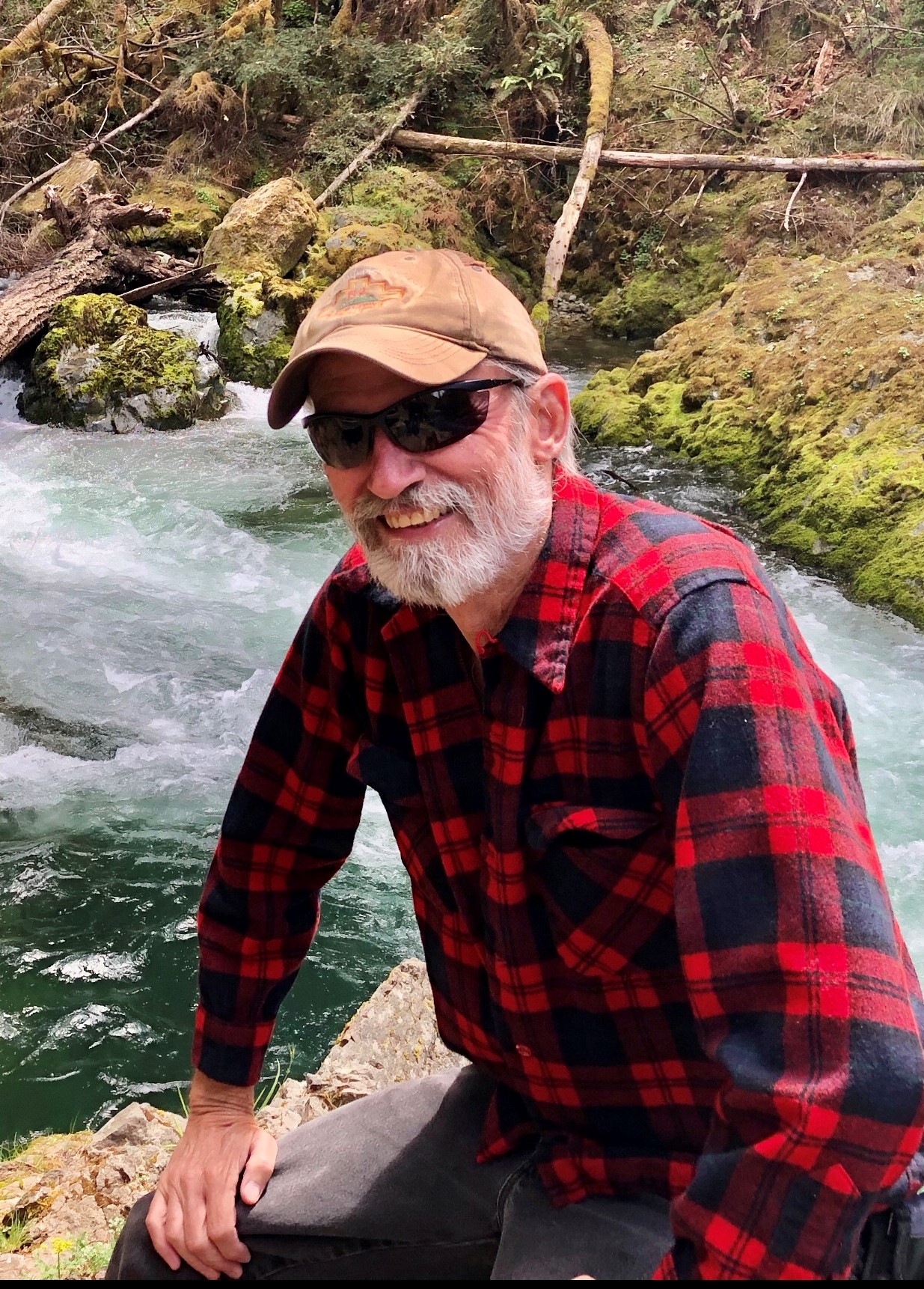 Jeffery H. Welsh passed peacefully from this life to the arms of Jesus on November 26, 2021. He was held by his beautiful bride, Yvonne, and supported by loving family during his last moments. In the days leading up to his passing, Jeffery had the opportunity to visit with friends and family and spend his favorite holiday, Thanksgiving, with loved ones.

Jeff and Yvonne were soulmates. After circumstances and life caused them to be separated for 45 years, they found one another again in 2018, and there was no doubt the sparks of love had not grown dim. And though they only had three and a half years together before he passed, those years were wonderfully blessed. Yvonne and Jeff lived life to the fullest and were a picture of true love. Their last night together was spent worshipping and thanking and praising God. Though they are separated now, they will be together again in eternity.

Jeff’s life was truly a reflection of the two things he loved most- family and friends and nature. Being with family and friends, swapping stories, sharing old and building new traditions, and creating memories were very important to him.  If one were to walk into either of his homes in Oakridge or Emmett, it would soon be clear by the many pictures hanging on the walls just how special family was to Jeff.  He put it best when he said, “the walls of a home should be the reflection of the loving family inside.”  Indeed, his walls spoke of just that.

And if you took a closer look at those pictures on his walls, you would also begin to appreciate just how precious nature was to Jeff. Being in the outdoors, in God’s creation, brought Jeff a sense of comfort and peace. His daughter Brin said, “he felt at home in nature. Ever since he was a child himself, he had always dreamed of living in the old west or as a mountain man in the forest.”

Jeff captured his dream of living in the old west and being a mountain man, almost. He got as close as one can to those kinds of dreams. Jeff served in the United States Air Force from 1973 to 1977 and was stationed at Fairchild AFB in Washington. After his military service, he hired on with the United States Forest Service and served in many roles and capacities for the next 33 years, eventually retiring from the USFS. He was a natural and fearless leader and was given great responsibility over many lives as he led his crews in fire assignments. From the tundra of Alaska to the Everglades of Florida, Jeff lived a life of adventure and purpose, protecting forest lands, lives, and property.  His daughter Brin said, “he found his passion in fighting forest fires and protecting the land for more than three decades.” Jeff, who was known by crewmates as Rowdy, worked primarily as Manager of Helitack Crews, Crew Boss of Hot Shots and was part of the Repelling Crews. He had a story for every mountain range, from coast to coast, because he had been part of the crews that protected those lands. Some of his fondest work memories included flying in the helicopters with the pilots who had also served in the Vietnam War, flying in a helicopter down through the Grand Canyon, and the many nights spent sleeping under the stars atop mountains.

In his free time, and in his retirement years, you could still find Jeff enjoying the natural world around him. He enjoyed taking hikes in the mountains, riding his Harley on the open roads, traveling and exploring, as well as fishing and hunting. And all those activities were even more enjoyable to Jeff when in the companionship with friends and loved ones.

Jeff loved being with his wife, children, grandchildren, siblings, parents, extended family, and friends. Jeff’s sister Sherri said, “…what makes a brother and sister relationship one of a kind is the way one remembers the other when they are no longer in the same realm.”  Jeff felt that each one of his relationships was unique and he honored and handled those bonds with care.

Jeff is proceeded in death by his mother and stepfather LaRue and Richard Rose; his father Darrell Welsh; his siblings Jovina Kelly, Dirk Welsh, Mark Rose, and Jeramy Welsh.

Jeff’s wife Yvonne said, “Truth mattered greatly to Jeff and in the last three years of his life he found the ultimate and eternal Truth in Jesus Christ. Jeff was so profoundly changed and blessed by the healing power of Jesus Christ, experiencing in his heart and soul what it was to be set free from the pain and grief of the profound loss he had experienced throughout life. He learned to live in a place of experiential love–God’s love, that drew him into a deeper and deeper love of life like he’d never known before.”

A celebration of life will be held to honor Jeff on December 10, 2021, at 12 p.m. at Bowman Funeral Home on Carlton Bay Drive in Garden City, Idaho, followed by a reception at 1 p.m.