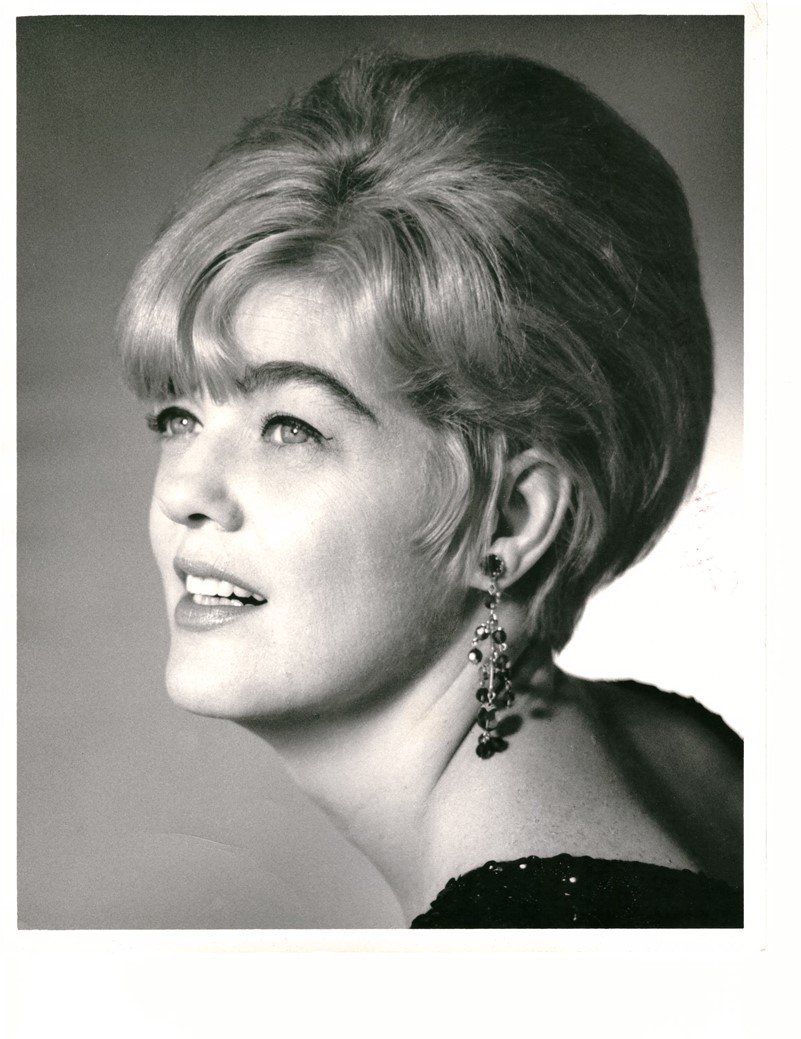 Rojean T. (Jeanie) Hochstrasser was born to Roy and Ina Hoard in Caldwell Id. on March 18, 1929 and passed peacefully surrounded by family on April 18, 2021 in Boise, Id.

Jeanie began her professional singing career as a teen, and quickly became the favorite entertainer of many.  In 1948 Jeanie married Russ Hackett.  Together they had four children.

Jeanie’s entertaining career included engagements in Las Vegas, Portland, Seattle and Boise at establishments such as Joe’s LB and The Gamekeeper.  Her music career eventually brought her together with Gib Hochstrasser whom she married in 1971 in Ketchum, Id.  She sang alongside Gib with the famous Kings of Swing and many of his other bands. Together they made unbelievable music. Her voice was so loved by everyone. Jeanie was also an accomplished actress. The multitalented star played leading roles in Mame, Spoon River Anthology, Annie Get Your Gun and Guys and Dolls. In the early 80’s she attended and graduated from BSU with a degree in education. She went on to teach elementary school in Idaho City and Boise.

Jeanie is survived by her four children, Tad, Greg (Carla), Jud (Monic) Hackett and Tracy (Brad) Brault, all of Boise. She is also survived by nine grandchildren, and ten great grandchildren whom she loved so dearly.

She was preceded in death by her husband Gib Hochstrasser.

In lieu of flowers, donations can be made to the Gib Hochstrasser Memorial Scholarship Fund at BSU, or Pug Rescue in Boise.