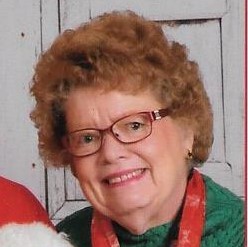 Janet Kathleen (Arnold) Adams, 71, loving mother, wife, grandmother, sister, and friend, passed away of natural causes surrounded by her family in Boise, Idaho, on May 1, 2019.

Janet was born to Margaret (Dean) and Nelson Arnold in Boise, Idaho, on December 2, 1947.  She was the eldest of two children. Janet spent her primary years in Emmett before moving to Boise and graduating from Boise High in 1966, and Whitworth College in Spokane in 1969. She graduated from college with double majors in History and Political Science and a minor in Education. While at Whitworth, she met the love of her life, Keith Adams. They were married on September 8,1968, and recently celebrated their 50th wedding anniversary. In 1969, Janet and Keith moved to Boise and began their teaching careers in the Boise School District. Janet ultimately taught at South Junior High for 25 years and at Les Bois Junior High for 9 years, before retiring in 2003.

In 1976, Janet & Keith started their family with the arrival of Kimra Ann. Three years later, they welcomed Kyle Robert. As her children were growing up, Janet spent most weekends and summers with her family in McCall at the cabin she and Keith built together. It was her “happy place”. In 1998, Janet watched Kimra marry her high school sweetheart, Aaron Parsons, and in 2002 they graced Janet with her first grandson, Garrett Paul. That same year she watched Kyle marry his love, Melissa Penglase. In 2005, both her children made her love of being a grandma grow threefold with two more grandsons, Carter James and Cameron Robert (Parsons) and a granddaughter, Katy Marie (Adams).

Janet loved every minute of being a grandparent, and her passion for education never stopped.  She cherished big family trips with her children and their families to the Washington & Oregon coasts, a cruise to the Caribbean, and, just this past summer, a trip to France, Greece, and Italy to celebrate their 50th wedding anniversary. She loved to share her knowledge of all things historical, especially with her grandchildren!

Janet had recently reignited her love for music and started playing her viola in the Serenata Community Orchestra.  She played many instruments growing up until she settled on the viola in high school. She played in the Boise Philharmonic during high school and again upon returning from college.  Her family enjoyed seeing her perform with the Serenata Orchestra several times, and they were proud of her for working so hard to do something she loved again.

Janet was preceded in death by her parents, Margaret and Nelson, and a granddaughter Isabelle Kathleen (Kyle & Melissa). She is survived by her husband Keith, her daughter Kimra (Aaron), her son Kyle (Melissa), her grandchildren Garrett, Carter, Cameron and Katy, and her brother, Gaylord Arnold, all of Boise. Janet is also survived by many good friends she met throughout her life.

Janet’s cremation is under the direction of Bowman Funeral Home. A celebration of her life will be hosted by her family at the Winstead Park shelter in Boise from 1-3 p.m. on Sunday, June 2, 2019. In lieu of flowers, the family requests that donations be made to Serenata Community Orchestra at www.boiseserenta.com>donate. Thank you to the doctors and nurses of St. Alphonsus Regional Medical Center ICU, and especially 5 South, who cared for her and her family.