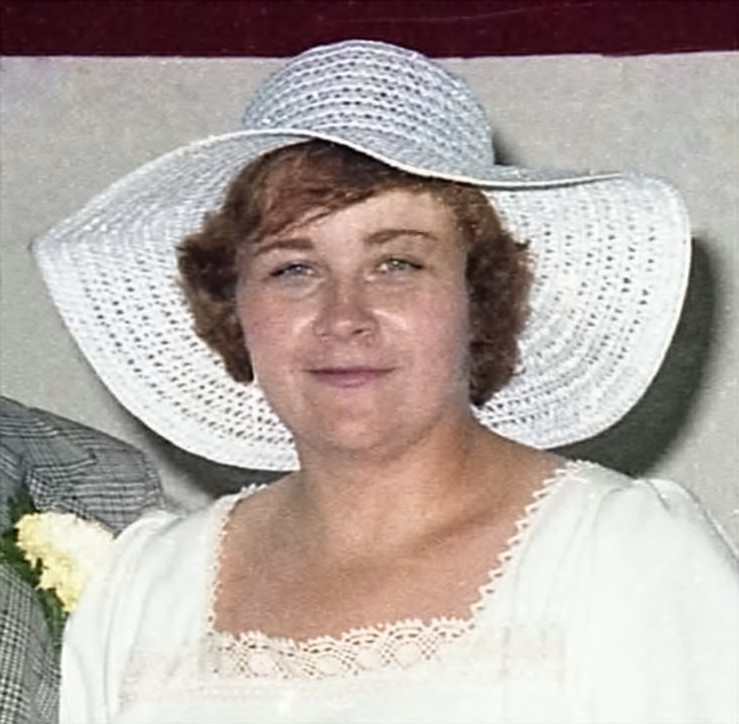 Jane Ellen Collins, of Boise Idaho, formerly of New Castle
Delaware and Maquoketa Iowa, passed away peacefully on
January 21st.
Jane was born on September 10, 1946 in Iowa City, Iowa to
Oscar W. Watters and Virginia P. Clark. She was the first of
three children.
Jane grew up in Fulton and Maquoketa, Iowa. She joined the
Church of Jesus Christ of Latter-Day Saints while living in
Iowa and later moved to Salt Lake City, Utah where she
worked as a nurse. She married Billy Collins on July 30,
1978 on her brothers farm in rural Iowa and moved with him
New Castle, Delaware. Bill and Jane were sealed together
in the Washington DC Temple. She remained in Delaware
until 2017 before moving to Idaho. While she held several
jobs during her life, she ultimately retired from the Delaware
Department of Transportation in 2011.
Jane was always proud of and loved her children, whether
she approved of their choices or not. She readily volunteered
to chaperone school field trips, maintained calm at frequent
emergency room visits, fretted during driver’s ed with two
teen boys, and always attended school graduations,
concerts and sporting events, whether she understood what
was going on or not. She was ecstatic at one son’s wedding
and was anxiously awaiting her other son’s. She had a
strong sense of fairness that usually resulted in both her kids
dressed in the same Halloween costume, providing the same
number (and size) of Oreos and french fries, but also voting
in every election she could. She was a foster mother and
adopted aunt to two sons, and foster mom to many cats
while they waited for a forever home. She loved flowers and
planted them in her yard as often as possible, including
daffodils, lilies of the valley, day lilies, tulips, irises, and
crocuses. She crocheted many afghans, cross stitched
dinosaurs on sweatshirts, and silently suffered through her
kids learning to play the recorder, trumpet and saxophone.
She is survived by her children, Billy Jr. (fiancé Curtis
Wagner) of Philadelphia, PA and John Timothy (wife
Heather) of Boise, Idaho; brothers David Watters recently of
Huachuca City, Arizona and Larry Watters of Maquoketa,
Iowa; 1 niece and 6 nephews; and many, many happy
memories. She was preceded in death by her parents and
her husband of 36 years.
Family and friends are invited to attend a memorial service in
Boise, Idaho at 11:30 on Saturday February 15th, 2019 a t
the LDS Chapel at 5900 Castle Drive, Boise. A memorial
service in Maquoketa, Iowa will be arranged at a later date.
Interment of ashes at Gracelawn Memorial Park, New
Castle, DE will be private.
In lieu of flowers, the family asks that you contribute to a
charity of your choice that supports homeless pet adoption,
diabetes research or mental health awareness. Her family
would like to extend a special thanks to the staff at Shaw
Mountain of Cascadia and Complete Hospice Care of Boise
for treating her with care and compassion in her final
months.