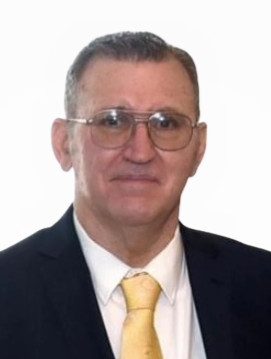 MSgt (Ret) James Russell Shirley, age 71, passed away at home on 17 August 2021, surrounded by his loving family. He was born on 18 May 1950 in Eugene, Oregon, the fourth child of the late James Russell and Virginia (Hunter) Shirley. He spent his childhood in Cottage Grove, Oregon, and enjoyed fishing in the north fork of the Row River which flowed right past the family’s backyard. His family called him Jimbo and Jim.

Jim joined the U.S. Army Reserves in 1965 at 15 years old. He deployed to Vietnam, where he served as a radio operator. He left the Reserves when he was 17 to finish high school. Jim graduated from Cottage Grove High School in 1968 and two weeks later enlisted in the U.S. Air Force.

When he was 19, Jim was baptized a member of The Church of Jesus Christ of Latter-Day Saints. Jim especially enjoyed volunteering with the Boy Scout Troops affiliated with the church wherever the Air Force sent him. After retirement, he volunteered every summer teaching marksmanship at Camp Morrison in McCall, Idaho.

On 7 December 1969, Jim married his high school sweetheart, Joann Alice McKillop, in a failed elopement to Reno, Nevada. According to Nevada law, Joann was old enough to marry at 18 years old, but Jim was not old enough at 19 years old. He had to call his parents to go to Reno and sign for him to marry. Jim and Joann celebrated 51 years of marriage last December.