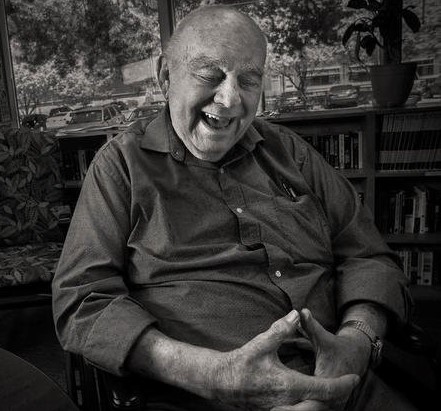 James (Jim) Coy, 92, of Boise, Idaho, passed away peacefully on November 12, 2022.  Born in Dallas, Oregon February 5, 1930, he eventually moved to Boise after serving with the United States Marine Corps in the Korean War.  In 1950 the Marine Corps called Jim to active duty for service in Korea and there he experienced the Chosin Reservoir action that went down in history as one of the Marine Corps finest chapters.  After being discharged from the Marines, at the end of the war, Jim returned to Oregon where he worked in a gas station and met Gayle, who worked nearby at an ice cream shop.  Gayle said he always got an extra scoop of ice cream. They were married for 69 years.  After getting married the Coys moved to Boise, Idaho, where Jim opened a heating and refrigeration supply business and became a big part of the HVAC community in the Treasure Valley until his retirement, Joe Albertson being one of his best customers.  Gayle and Jim had four children; Robin, Robert, Rhonda, and Reid, and spent their lives together raising kids, traveling, and going on many camping trips.  Jim was also the Boise State Broncos #1 football fan right up to the end of his life.  After retirement Jim started driving cars for Avis Rent-a-Car for 14 years, until the age of 85, where he made many friendships.  He led a long, eventful, fulfilling life and always had a smile on his face and a good joke.  He was a gentle man and left an indelible impression on all who met him.  Jim was preceded in death by his son Robin and parents Mildred & Howard Coy.  He is survived by his wife Gayle, sons Robert, Reid, and daughter Rhonda (Dave) Harris, and numerous grandchildren and great grandchildren.  A memorial chapel service will be held on December 1st at Bowman’s Funeral Home, 10254, Carlton Bay, Garden City, Idaho  83714.  A chapel service will commence there at 11:00 AM followed by a ceremony at the Idaho Veterans Cemetery at 1:00 PM.  In-lieu-of flowers send donations to: Idaho Veterans Home-HPO, 320 N. Collins Rd, Boise, ID  83702 and send condolences to: www.bowmanfuneral.com.

There will be a memorial service on Thursday, December 1, 2022 at Bowman Funeral Chapel at 11am, followed by a committal ceremony with military honors at the Idaho State Veterans Cemetery at 1pm.