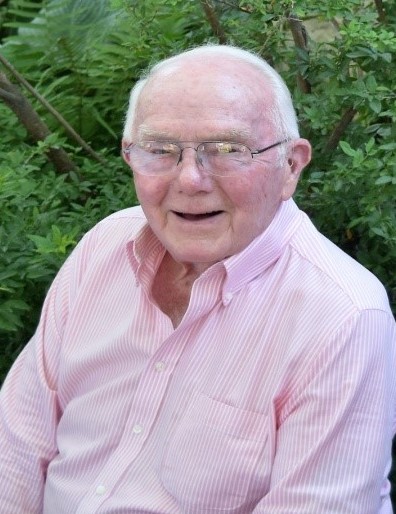 James Nelson Wheatley, 89 years old, of Meridian, Idaho returned to his Heavenly Father in the evening hours of Monday February 4th at his home.  Jim was born June 1, 1929 in Tucson, Arizona to his father, also James Nelson Wheatley and his mother, Viola Martha Hanson.   His family later moved to the Glendale, California area.  Jim was the youngest of five children and had four older sisters.

Jim joined the United States Marine Corps on March 6, 1947 and then married his first wife, Eunice, on July 9, 1947.  Together they had three children,  John, Patrick, and Julie.  Jim was honorably discharged in 1950 and stayed in the Marine Corps reserves.  He was recalled to active duty in October 1950 for the Korean War and rose to the rank of Staff Sgt. He was discharged but again stayed in the reserves.  Jim joined the Los Angeles Sheriff’s Dept. on July 1, 1952 and was in academy class 47, and was later discharged from the Marine Corps reserves in 1954.  Jim spent the next 32 ½ years with his beloved Sheriff’s Dept.  Jim was promoted to Sergeant and worked East Los Angeles Station.  In 1957 he was assigned to and helped organized the new SED (Special Enforcement Detail) as one of the two Sergeants assigned there.  This detail grew into the Special Enforcement Bureau a few years later. While off-duty one day, Jim drove to his father’s store and came upon a robbery in progress, where his father was the victim.  Jim disarmed and arrested the suspect and rescued his father.  Jim was a firm believer in the rule of law and lived his life accordingly.  He was involved in quelling the Watts Riots in August 1965.

Jim worked a variety of assignments during his career, including a long stint at Vice Bureau, he was promoted to Lieutenant and became a Watch Commander at San Dimas station and later returned to Vice Bureau as a Lieutenant.  Jim was eventually promoted to Captain.  He was the Captain of Labor Relations, Men’s Central Jail, Carson Station, and Firestone Station. He was promoted to Inspector (later changed to Commander) and became the aid to Sheriff Peter J. Pitches.  Jim was promoted to Division Chief and retired on January 4, 1983.  Jim has many friends from the Sheriff’s Dept and has enjoyed going to the annual reunion (LASD Roundup) in Laughlin, Nevada.  Troops that worked with and for him over the years were unanimous when they said Jim affected each of their lives and careers in a very positive manner and that he was the best “Skipper” any of them ever worked for.  Jim was a great example to all.

A few years after retiring in 1990, Jim and his first wife, Eunice, moved to Idaho to join their daughter, Julie.  They lived in the Idaho Falls area a few years and eventually moved to the Boise area, again to be close to Julie, who had also moved there.  Eunice passed away in 1995.  Jim later met his current wife, Jan, and they were married in 1997.

Jim was a voracious reader and read 100 books a year.  He was a huge Boise State Broncos fan and loved to watch the television series “Blue Bloods”.

Jim leaves many friends who have fond memories of time spent with him, both privately and working alongside him. His quick wit, wisdom, and humor were amazing, and he could remember infinite details of past events.

Jim was preceded in death by his parents and three of his sisters, his first wife, Eunice, and their son Patrick.  He leaves behind his loving wife Jan, daughter Julie, son John, grandson Kelly Murphy, and sister Betty Grotegut.

A special thank you to Dr. Tenley and Horizon Home Health & Hospice for all your loving care.

Funeral services are private.  Jim will be buried at the Veteran’s  Cemetary in Boise, Idaho.  A celebration of life will be held on Friday March  8, 2019 from 2-6 pm, Mountain time at the Packard Estates Club House located at 2360 N. Hickory Way, Meridian Idaho, 83646 (around the corner from Jim and Jan’s home).