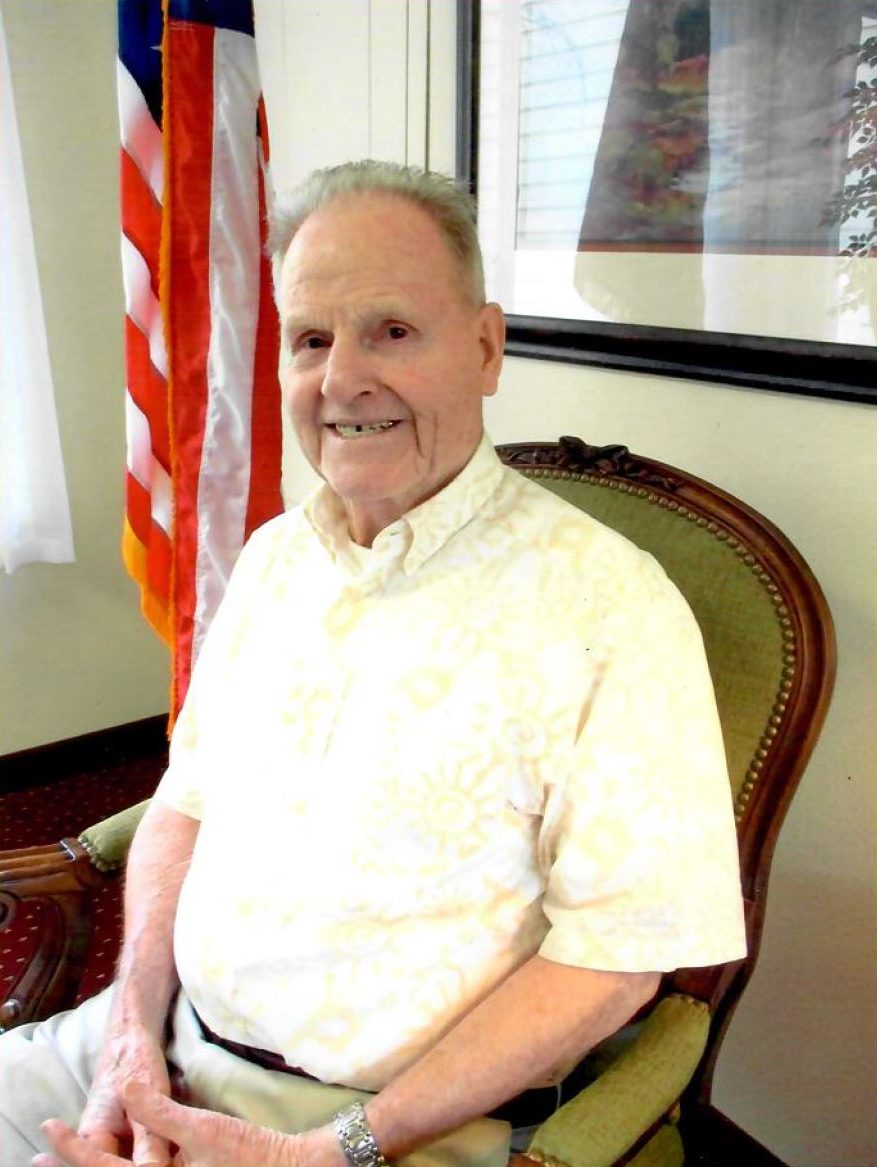 James (Jim) Holmes Smiley Sr
January 14, 1927- October 27, 2021
Boise, Idaho
James (Jim) Holmes Smiley Sr., 94, peacefully passed away of natural causes at Grace Memory
Care in Boise, Idaho with his loving spouse Sally by his side. James was born in Rocky Ford,
Colorado, to Samuel “Bill” & Mary Smiley.
The family settled down in Nyssa, Oregon where Jim attended high school. Jim enlisted in the
Navy to serve during World War II and then later, he once again volunteered to serve his
country during the Korean War with the Army. He later completed his bachelor’s degree in
Business and Technology in 1957.
On December 30, 1961, James married Sally (Allen) Harris. Sally had three children: Donald,
Thomas (Tom) and Heidi. Later they welcomed two sons, James, and William (Bill), to their
family. In 1969 the family moved to Donnelly, Idaho from Walnut Creek, California.
Jim worked as a construction surveyor until his retirement. He worked on many highways,
buildings, and structures throughout the west. After retirement, Jim and Sally liked to travel and
attend Boise State games.
Jim is survived by his wife, Sally; children Tom Harris (Chris), Heidi Duncan, James Smiley, Jr.
(Cindy) and Bill Smiley (Leanne); 6 grandchildren; 4 great grandchildren; 1 great, great
grandchild
The family would like to acknowledge the wonderful care by the staff of Grace Memory Care
and hospice care nurse, Kim Dickerson, with All Care Home Health and Hospice.
Services will be at the Idaho Veterans Cemetery on Tuesday, November 16, 2021, at 2 PM. In
lieu of flowers please donate to the Ronald McDonalds House or a charity of your choice.

There will be a committal service with military honors at the Idaho State Veterans Cemetery, 10100 Horseshoe Bend Rd, Boise, on November 16, 2021 at 2 pm.