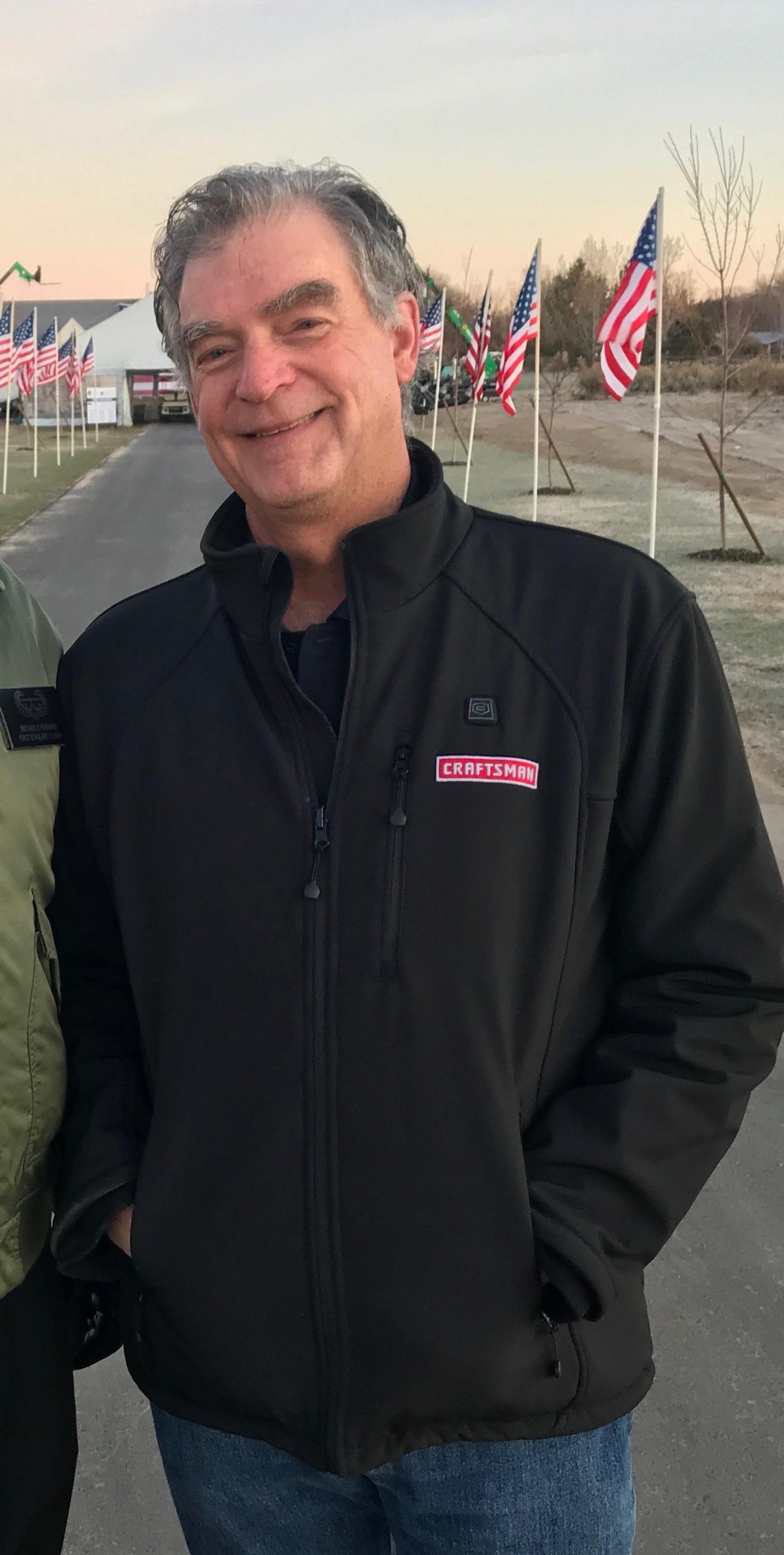 He graduated from Topeka High School in 1971 and Washburn University in 1979 with a BS degree in Nursing.  He was the owner of HealthCheck in Topeka, KS for more than 25 years, and retired from the Veterans Administration in 2015.  He had lived in Boise, ID for the past 5 years.

James had been an active member of Rotary Club in Topeka or Boise for over 34 years, and was recently awarded the Lifetime Achievement Award by the Boise Rotary Club.  He humbly tried to live his life by the Rotary motto, “Service above self.”  He lists “anything outdoors” and spending time with children and grandchildren as what brings him the greatest joy.

James was an avid car buff and had just completed his 1933 Ford Coup kit car.  He belonged to a weekly men’s group that met over beer to discuss cars, politics, and world and local events.  His friends admired his openness and his unwillingness to hold a grudge.  They called him “brother” and a “great all around guy who will be sorely missed.”

James is survived by 2 daughters, Mary Lynn Almond (Shawn) of Olathe, KS and Emily Ann Slover of Topeka, Kansas, 3 grandchildren and 2 step grandchildren.  He is preceded in death by granddaughter Abigail Elizabeth Almond.

Jame’s ashes will become a part of the Idaho wilderness he so dearly loved. He requested that donations be made to the Boise Rotary Club “Someone Cares Pay it Forward Project.”