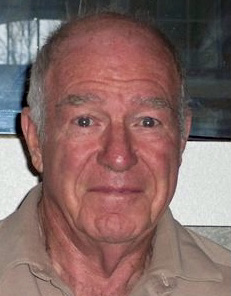 In this moment of profound loss let us not just recall the memories of the man, James Byrne, but the values he shared with all who knew him: spirituality, generosity, humor and the joy of a loving family.

Jim Byrne passed away on September 16, 2021. He was 98.  Born December 17, 1922, at home on his parents’ farm in Richfield, Idaho, and christened James Andrew, he lived a long and honorable life dedicated to his family, buoyed by a steadfast faith in God’s love and forgiveness.

Jim was the second of five children born to Patrick Byrne, an Irish immigrant, and Alpha Peterson.   He grew up during the Depression working with the livestock on the family farm.  His childhood experiences taught him the value of hard work and perseverance.  Upon graduation from Richfield High School in 1941, Jim accepted a job with Morrison-Knudson Construction Company and set sail for the territory of Hawaii.  He was put to work as a rigger in Honolulu Harbor.

Just ten days before his eighteenth birthday, Jim witnessed the bombing of Pearl Harbor and assisted the military with the aftermath. This experience had a profound effect on him.  He joined the Navy, learned Morse Code, and served as a radioman on the USS Grimes, an attack transport for the Marines.  Jim experienced Kamikaze attacks and saw action in the Pacific landing with the Marines on an LST at Iwo Jima.  He was training for the invasion of Japan when they surrendered.  In September of 1945, Jim was among those who went ashore in Nagasaki and observed the aftermath of the atomic bomb.  He was honorably discharged in March of 1946.

James then settled in Boise, Idaho and went to work at the VA hospital where he met Lucille Catherine Wander, whom he married on September 7, 1946.  Using the G.I. Bill, he attended Boise Junior College majoring in pre-med. He graduated in 1948.  Jim then went to the University of Idaho in Moscow where the ROTC supplied him with 2 shirts, 2 gabardine pants, 2 pairs of shoes and a stipend of $27 a month.  The death of his father, and the needs of his growing family forced him to leave the University of Idaho after one year.  Later, he completed a Bachelors Degree in Engineering from Phoenix College in Encanto, Phoenix, AZ.

Initially, Jim worked as a lineman for the AT&T telephone company in Boise, Idaho.  In 1954, Jim, Lucille, and their five children moved to Phoenix, AZ where he trained as a telephone engineer.  While in Phoenix, Jim and Lucille added three more children to the family.  Practicing Catholics, they sent their children to parochial school, and made daily prayer a part of their lives.  Jim joined Toastmasters and worked to become a confident public speaker.  In 1963 he happily returned the family to Idaho when he was offered a position in the Engineering Department with AT &T in Twin Falls. Two years later the family moved to Idaho Falls where he served as District Engineer for 13 years.   He then worked as a staff engineer in Boise until his retirement in 1984.

Jim and Lucille enjoyed golfing and playing bridge during the winter at Lake Havasu, AZ and at Terrace Lakes, Idaho during the summer.  Later in her life, Lucille was afflicted with chronic progressive multiple sclerosis, and Jim lovingly cared for her at home until her death in 1995. With his children’s blessing he found love again and married Elizabeth Henshaw.  They had 15 wonderful years together. She predeceased him in 2012.

Jim valued physical fitness and exercised daily. He was an avid golfer and practiced the game into his 90’s.  He believed in public service, and regularly volunteered his time with the St. Vincent de Paul Society and the St. Mary’s Food Bank.  He was an active member of St. Mary’s Parish in Boise.

James Andrew Byrne was dedicated to his family.  He had a reputation for honesty, gentlemanly manners and a wonderful sense of humor.  His life made the world a better place.  He was a beautiful person in every sense of the word.  He will be missed.

Jim’s brother, Fred Byrne and his wife Heather for their devoted weekly visits that buoyed James’ spirit until he passed. Natalie English who lovingly cared for James for the last 10 years of his life. The staff at Edgewood Castle Hills for their dedicated care and attentiveness. Horizon Hospice for their compassionate care and tenderness that allowed James to pass in comfort and peace.

A Life Celebration to be planned for Spring/Summer 2022

Jim requested any donations to be made to the St. Mary’s Food Bank. 3890 W. State St., Boise, Idaho 83703 http://www.stmarysfoodbankboise.com

A Life Celebration to be planned for Spring/Summer 2022

Jim requested any donations to be made to the St. Mary’s Food Bank. 3890 W. State St., Boise, Idaho 83703 http://www.stmarysfoodbankboise.com