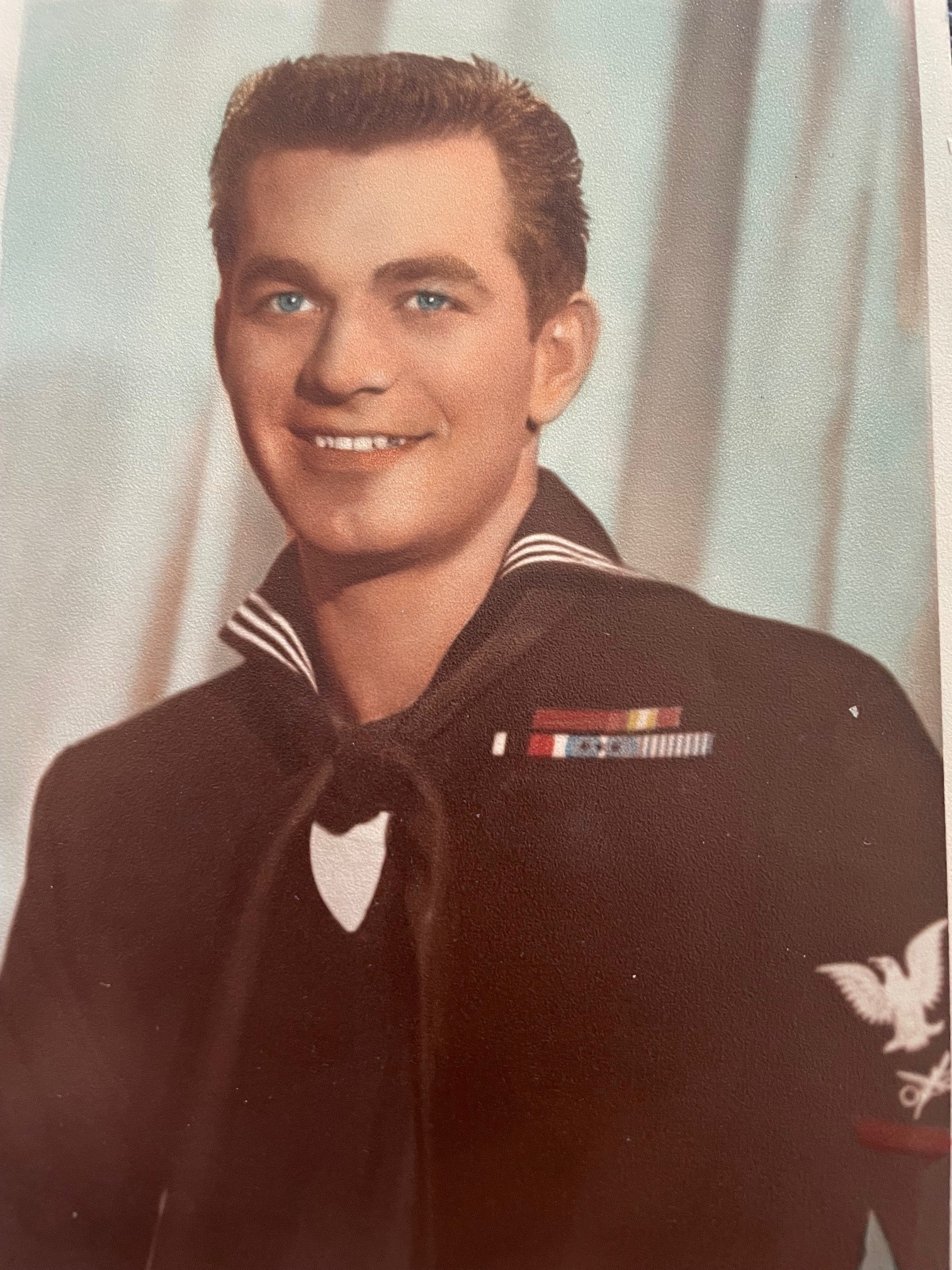 James Alfred Petersen our beloved Husband, Father, and Grandfather. He was born on July 18th, 1931- Passed on September 15th, 2022 in his lovely home. James was born in Neligh, Nebraska; Raised by his parents Margret and Carl Petersen. He grew up in Neligh, Nebraska with his parents. In highschool James joined the swim team, as well as worked at his parents Lumberyard. Once graduation came he didn’t walk with his class, He went to the principal and asked to receive his diploma early to be able to serve his country. After High School He moved to Coalinga, California. James Joined the United States Navy in 1948. After 8 years in the Navy he transferred into the United States Army in 1956 to serve 24 more years, including the Army Reserve. During his tours he was assigned duties of being a Telegraph-Typewriter on the Military service planes. During James military career he received many awards, The National defense service medal and The Navy Good Conduct Medal. During his Military Career he met his Beloved wife Rose Caroline Northey. Rose and James Petersen Got married on March 22nd, 1952, where they lived in Long Beach, California after they exchanged vows. Rose and James shared an equal love for Camping and Traveling throughout the country. Shortly after, Rose and James moved to San Jose, Where James worked at Lockheed Aerospace. James and His wife Rose began the start of their family by having four beautiful children, Randy, Kamlee, Brent and Karen. Their oldest son Randy passed away at birth, but their three other children were raised in San Jose, California. Their children were raised by their parents who taught them that living with compassion and love would give them a successful life. After James’ children’s birth, He entered the Army Reserve, then later on in his lifetime James would move to Boise, Idaho in 1989 with Rose. Eventhough James was retired he had decided that his working days were not over, he began Working at the Boise Airport, Numerous Security Detail jobs and Albertsons. James Hobbies included Fishing, camping, building Model Airplanes, Woodworking and had a spectacular mind and green thumb when it came to Gardening. James and his family were part of The church of Jesus Christ of Latter Day Saints. One of his biggest hobbies was watching after his 10 Grandchildren, 27 Great-Grandchildren, and his 1 Great-Great- Grandchild, His Grandchildren loved and cherished him. He would get up early mornings to make Oatmeal before school and watch Looney Toons till it was time for school. James moved to Kuna in 2009, Where both him and his wife resided until 2016. After his wife had passed James moved in to his Oldest daughters home with her son Kamlee and Robert. James spent his last years in Kuna where he would spend his time Building Model planes,Watching Mash, Hogan’s Heroes and any other show he enjoyed. He also spent time going to Mcdounlds trips to get his Pepsi and Fries on days he wanted it. James will be forever carried on by his family and People who crossed paths with him. He was Kind, Funny, and Sarcastic person. He now has passed and joined his Parents (Margaret and Carl), as well as his beloved sister (Barbra), His Beautiful Wife (Rose), Oldest son, (Randy), and His Great-Grandson (Justin). James legacy and love will be forever missed but carried through his children, Kamlee, Brent and Karen, and His Grandchildren Robert, Toni, Joshua, Sarah, Brent-Jacob, Joy, Randy, Daniel, Tricia and Brennen. James’ service will be Held on October 7th, 2022 at The Veterans Memorial Cemetery at 11am, 10100 N Horseshoe Bend Rd, Boise Idaho, 83714. Followed by a Luncheon at the Church of Latter day saints in Kuna, ID 8625 S Linder Rd, Kuna, Id, 83634