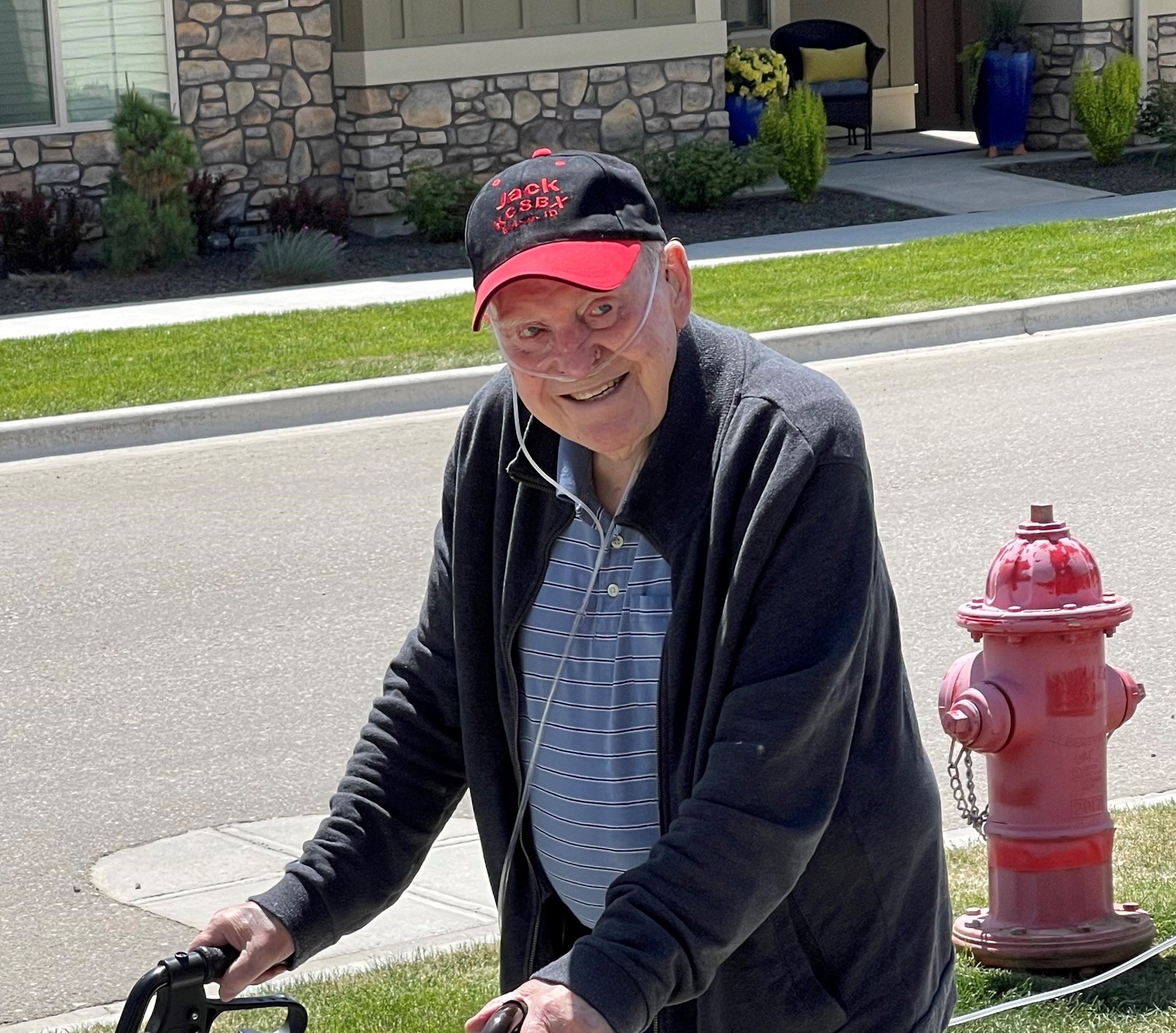 He graduated from Holly (Michigan) High School in 1948.

In addition to delivering newspapers, Jack also worked in the Grenell Piano Factory in Holly and a go to parts plafins plating company.

He enlisted in the U.S. Air Force in January 1951.  After basic training in Oklahoma, he received additional training at the University in Greeley, Colorado.  After training he was stationed in Frankfort, Germany for about a year and then was transferred to USAF Headquarters in Wiesbaden for two more years duty.

Following his discharge from the Air Force, Jack attended Eastern Michigan University in Ypsilanti, MI.  He graduated in 1959 with the BA in Accounting.  He went to work for the Federal Deposit Insurance Corporation as a bank examiner.

During this time, Jack met and married Meredith Wilson, Their daughter Lisa Ann was born on November 11, 1960.

Jack was a bank examiner for the FDIC from 1959 to 1965.  He worked out of the Detroit Office of FDIC and was part of a team that examined banks throughout Michigan.  He enjoyed seeing some of the small towns and beautiful countryside that make up both the Upper and Lower Peninsulas of Michigan.

In 1965, Jack left the FDIC and took a job with the University of Michigan as business manager for the University Extension Service.  Jack served in this position until 1972.  During this time he met his second wife, Linda Cheek.  They were married on October 1, 1976 and they enjoyed a long and happy married life.  They were best friends and they enjoyed seeing the USA in their travel trailers.  From the beauties of fall in New England to the beaches of Hawaii (via airplane not travel trailer!) to the Smokie Mountains and the Arizona Desert they did a lot of traveling until they settled in Casa Grande, Arizona, 1996.  In 2000 they bought a house in Boise, ID and in 2009 they sold their Arizona house and became full-timers in Boise.

After about six years they sold their original house on West Stockwell Street and moved seven blocks to a larger house on Heathrow Way with a three-car garage where Jack was able to install his HAM antennas and use one section of the garage for wood working and such.

In 2019 Jack and Linda sold their three-bedroom house and moved into Senior Living Community in Eagle, ID.  After about seven months they decided only one bathroom wasn’t going to work for two active seniors so in 2020 they moved to Meridian, ID for a one bedroom, two bath house in Cadence Senior Living.  Shortly after they moved into their cottage the Covid Pandemic started and they enjoyed their new home.

Jack was a man of many talents.  He was a good cook.  he played the guitar and the piano by ear.  He loved to ride a bicycle and loved to sail.  He and his older brother, Bill, used to sail their boats on Lake Huron and Grand Traverse Bay in Michigan.  He was an Amateur Radio operator from his youth and had attained the highest level with the call sign KC8BX.  He literally had made contacts around the world including with the King of Jordan.

He is survived by his wife of 45 years, Linda, and his daughter and son-in-law, Lisa and David Tordoff.  He has also enjoyed his Granddaughter and husband, Robyn and Diego Aguillon, and their three sons – Emilio George, Charlie James, and Maximilliano Cruz – and his Gransdon Eric Stano who is living and working in China with his wife Daisy.

There will be a committal service with military honors held at the Idaho State Veterans' Cemetery on September 20, 2021 at 1pm.