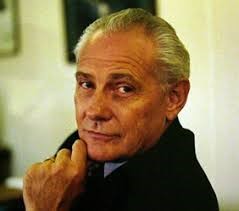 Jack Kenneth Lemley was born in Coeur d’ Alene, Idaho on January 2, 1935. Jack passed away in Boise, Idaho surrounded by his wife Pamela and other members of his family  on November 29, 2021 from natural causes, he was 86 years old.

Jack’s remarkable lifetime achievements took him from Coeur d’ Alene to the University of Idaho where he graduated in 1960  and on to a 50+ year career working all over the world on industrial infrastructure, design and construction projects.

Jack commenced his career working for Guy F. Atkinson, Co in the 1960’s. on projects throughout the United States. This included Seattle’s I-5 running through downtown Seattle and supervising the building of 25 miles of water tunnels underneath New York City in the 1970’s.

In 1978 Jack returned to Idaho and took up a senior position with Morrison Knudsen Company and was immediately charged with the construction of King Khalid Military City “KKMC” in Saudi Arabia. Throughout the 1980s Jack supervised projects all around the world for Morrison Knudsen.

In the spring of 1989 Jack became the Chairman of Transmanch-Link “TML” a joint venture of 5 British and French construction companies that built the Channel Tunnel, linking Britain and France under the English Channel. This was  an idea first broached by Napoleon in 1800 and completed in December of 1993 with Jack at the helm. In recognition of his service Queen Elizabeth awarded him the Order of the British Empire “OBE” in 1996.

Upon completion of the “Chunnel ” Jack returned to Idaho, which he considered home throughout his life, and founded Lemley International Inc. a global management and consulting firm established to serve public and private clients worldwide. Among the many projects Lemley International was involved with include FERMI National Laboratory, Holland Tunnel renovation, London Underground LTD, Athens Greece Metro, Hong Kong Airport, and work on a special project near and dear to him, consulting on the renovation of the Idaho State Capitol Building.

In 2005 Jack assumed the authority for delivering all the infrastructure for the London Olympics 2012 but due to concerns over scheduling issues he left the project in 2006. He returned to Lemley International and ultimately retired in 2012.

In retirement Jack did not slow down, he worked with educational institutions, served on company boards (Idaho Power), avidly rode his bike and spent time in Ketchum.

many others. He was awarded the Engineering News Record “Man of the Year” in 1991.

Throughout his professional career Jack always found solutions  to enormous problems by bringing people together across many cultures and languages to see the unified vision and then execute on that vision as a team. Jack was captivated by the intractable problem and the search for the solution.

Jack did much pro bono work throughout his beloved Idaho for  College of Idaho, University of Idaho and other institutions. He  was quick witted and always enjoyed a good laugh. He loved his family, his state and his country.

Jack is survived by his wife of 35 years Pamela Lemley and his   extended family, including children Jim Lemley, Tara Lemley, John Lemley, Kristin Thomas and Jill Simplot, his sister Grace Hege and his granddaughters Juliette Lemley, Lola Thomas, Rose Thomas and Riley Simplot. Jack loved the outdoors, the mountains, white water rafting, sailing, skiing, and was an avid bike rider. Upon his retirement Jack spent his time between Boise and Ketchum.

Jack was preceded in death by his parents Kenneth and  Dorothy Lemley.

While Jack’s accomplishments benefit countless people all around the planet and grace many honors, all that pales in comparison to what Jack, together with his loving wife Pamela  created, which was infinitely larger, they created a family, they  created opportunities, and ultimately a legacy. He will be remembered as a unique Idahoan who courageously charted his own course on the road less traveled.

His very real impact on the world both large and small cannot be overstated. He was a leader.

In lieu of flowers, please consider a donation to The Humane Society or to the charity of your choice.

No public services are planned.

Memorial and condolences may be shared with the family by visiting www.bowmanfuneral.com.

In lieu of flowers, please consider a donation to The Humane Society or to the charity of your choice