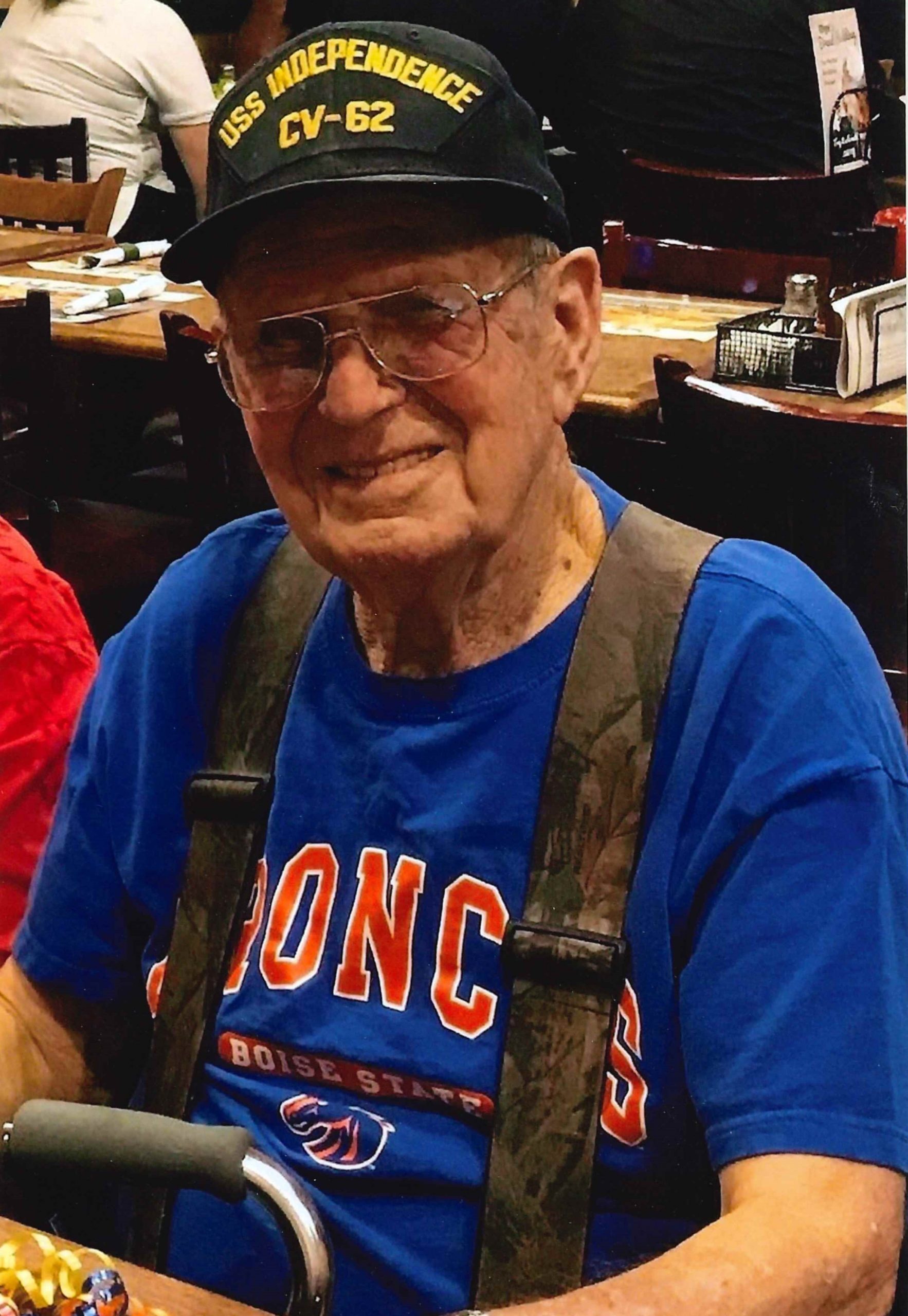 Jack C Victory was born on April 9, 1927 in De Pew Oklahoma to Calvin and Ethyl Victory. His father passed away at age 26 when Jack was 2 years old.  His mother moved to Idaho with Jack and his brother Bob.  Jack joined the Navy at age 17 and was sent to the Pacific 2 days before the bombing of Pearl harbor.  It was an experience he talked about very little.  It was just too painful.  He suffered an injury and spent 3 months in the hospital.

He received an Honorable discharge and returned home, where he met and married the love of his life, Ruby Kuck.  They were married for 74 years.  He loved the land, fishing and hunting.  His favorite fishing trip was salmon fishing in Alaska with his grandson Ty.

He worked for 44 years for Eddys Bakery in Boise as the plant foreman.  He was proud of his country and his service and taught his children the same.

At the time of his death he was still with the love of his life Ruby.  He is preceded in death by his mother, father, and his beloved brother, Bob.  His family includes 3 daughters; Letisha, Ardeana, and Karla.  Also 7 grandchildren and 7 great-grandchildren.

He was the glue that held us together and will be forever missed.

There will be a committal service with military honors Tuesday, September 21, 2021 at 1 pm at the Idaho State Veterans Cemetery, 10100 Horseshoe bend Rd, Boise.