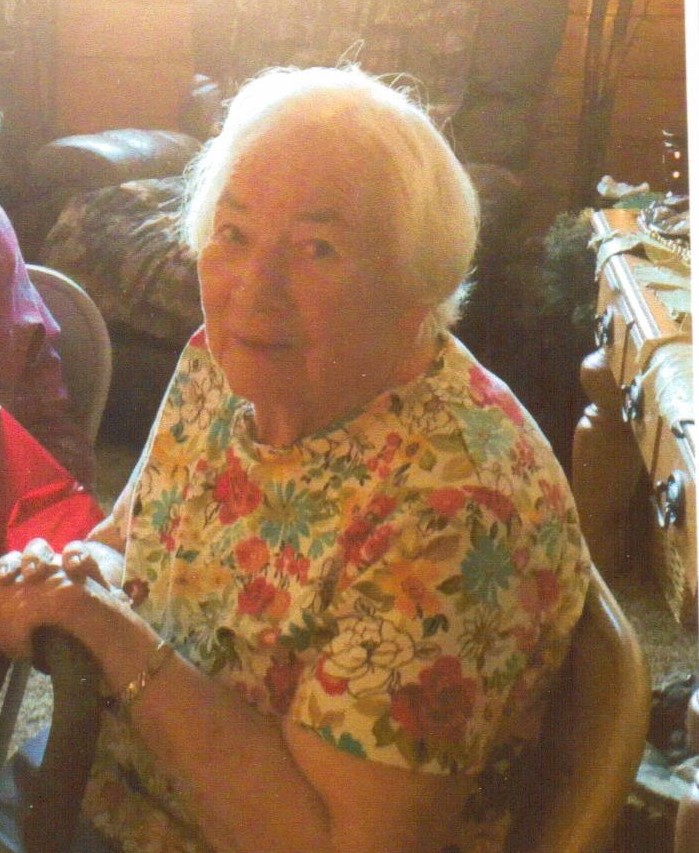 Ione was born on August 17, 1934, in the township of Deep Creek, North Dakota, to Warren B. Lowe and Francis M. Smith, who were living in Rhame, North Dakota.  In June, 1935, Ione’s parents moved the family to Nampa, Idaho, where her father worked many jobs.  In 1941, the family moved to the Willamette Valley, Oregon, where there was steadier work.  In 1945 they moved back to Nampa, then Ontario, Oregon, before finally settling down in Nyssa, Oregon.

Ione met her life long partner, Hal T. Messick, in Nyssa.  They were married August 22, 1950, in Caldwell, ID, and then moved to Boise.  Ione was a stay-at-home wife and mother until her two children were in about the sixth grade.  She then worked at a few different jobs.  She was a school lunch cook, for a couple of years, at the Jr. High her daughter attended.  And she was a sales clerk for a department store in downtown Boise.  In 1976, Ione and Hal moved to Crouch, Idaho.  They opened a repair shop and were agents for the Idaho Liquor Dispensary.  They also sold hunting & fishing licenses and did vehicle registration and licensing.  Ione ran the “store” and Hal was the mechanic.  Ione enjoyed meeting and getting to know all of her customers and everyone in her new community.

Ione was an avid reader and was happy to find that Crouch had a small library sponsored by the local women’s club, Garden Valley Syringa Club.  She became a member of the club and participated in their various community improvement projects.  She enjoyed the many years she spent volunteering and fundraising to help the little library grow.  In 1976, when the Club established a district for the library, she encouraged using a name for the library that would reflect the community that it would serve.  Thus was born the Garden Valley Library District.  In the late 1980’s, Ione encouraged making the library district a taxing district.  This allowed a reliable funding source for future growth.  Ione continued her active involvement with the library into the late 1990’s.

After Ione and Hal sold their business and retired in 2000, Ione started volunteering at the Garden Valley Senior Center.  She was an instructor for the Fit-n-fall proof exercise class for many years and she worked in “Granny’s Closet” to help raise funds to support the center.  She always enjoyed meeting people and helping the customers.

In the late 1980’s Ione was elected to the Crouch City Council and served for a couple of terms.  Because the city population was so small, just about everybody had to take a turn.  Hal had served several terms earlier in the 80’s.  Both Ione and Hal devoted many years giving back to the Garden Valley community.

In the 2000’s Ione started going back to Church.  She attended the Crouch Community Church regularly and found joy in her Church family.  She always looked forward to all the hugs she would get on Sunday’s, and was not happy when she couldn’t attend.

Ione is greatly missed by her children, Diane and Richard Messick, both of Crouch;  her brother-in-law and sister-in-law, John B. and Ernestine Messick, of Nyssa, OR;  many nieces and nephews, of whom she professed to be their favorite aunt, scattered across the country; and her many friends made over her lifetime.  She was preceded in death by her husband, Hal, both of her parents and her brother and sisters.

The family suggests memorials be sent to Crouch Community Church, your favorite local library or a charity of your choice.