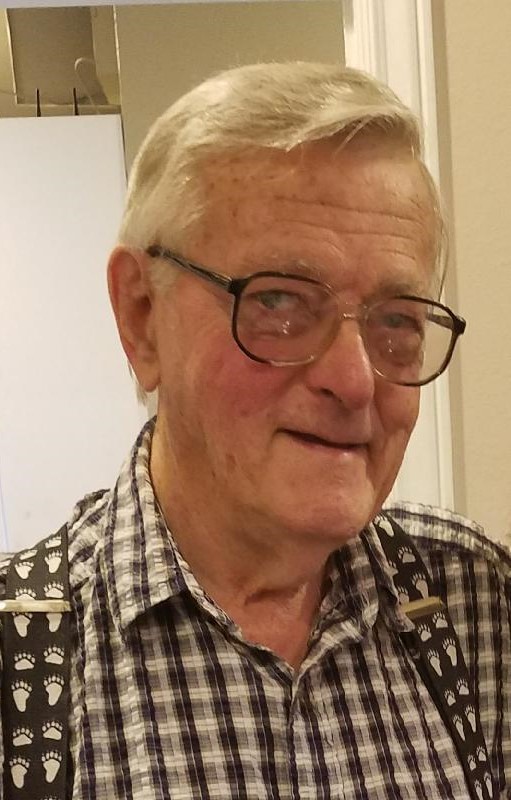 Howard “Duane” McClung, 86, of Boise, went to be with his Savior on Thursday, August 11th, 2022. He passed away at his home with his family by his side.

Duane was born on September 5th, 1935, to Harold and Ruth McClung. After high school, he attended Abilene Christian College, in Abilene, TX. He was drafted into the Army in 1958 and served in Korea until 1960. He served in the Army Reserves until 1964 and then continued to serve in the Army National Guard for several more years.

Duane worked for the Union Pacific Railroad for over 30 years. He worked his way up to the position of Civil Engineer Inspector and retired in 1991.

Duane was a man with varied interests. He had a love for trains, western movies, and Louis Lamour books. He loved the outdoors and was known for taking spontaneous drives with no specific destination in mind just for the joy of exploring with his wife, Daryn. He enjoyed singing and spent several years as a tenor in Barbershop Quartets. Duane loved working with his hands and was known for his creativity. He could often be found building things for his family like a play kitchen, a toybox in the shape of a train, and he was even recruited to build backdrop sets.

Most importantly, Duane will be remembered for being a man who loved God. He was a true example of a godly man and a gentleman, and he was always ready to help anyone who needed a hand. He was loved and respected by all who knew him.

A Celebration of Life service will be held on September 5th at 2pm at Boise Christian Center, 9001 W. Overland Rd, Boise, ID 83709.

A Celebration of Life service will be held on September 5th at 2pm at Boise Christian Center, 9001 W. Overland Rd, Boise, ID 83709.