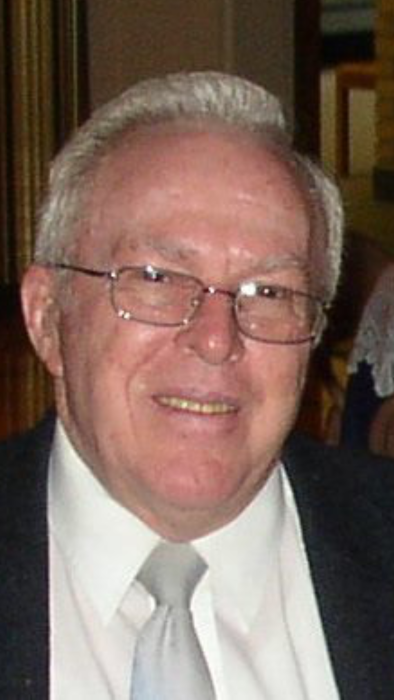 On the morning of April 29th 2019, Howard Charles Larson left his “rode hard and put away wet” body and joined his beautiful wife Doris to continue their Journey of eternity interrupted by 32 years.

Howard was the first of two boys born to Charles and Florence Larson in Salt Lake City, Utah on September 27, 1932. His brother Dick would follow 3 years later. When Howard was only 5 years old, Charles died from complications following surgery, and left Florence alone to tend to two active boys. Florence relied on her parents, Alfred and Kate Zesiger, to help raise them. On their farm is where Howard’s lifelong love of horses began, climbing up the fence rails and onto the back of their work horses to ride. After childhood and school year adventures in the Salt Lake Valley too numerous to mention here, Howard joined the Air Force at 19 years old and was a B36 tail gunner, proudly serving for 6 years. At that time, his mother married Llyod Bishop, acquiring a brother, Lloyd Kay, at the same time. They became family. Another brother, Robert, joined them to make their family complete. Howard enrolled at BYU after his military service and was instrumental in the formation of the BYU Rodeo Team. He was ranked as high as 16th in the nation for collegiate saddle bronc. At a Rodeo in Utah, fate collided with an unruly horse, when it was spooked and ran away with a rodeo queen on its back. Howard rode after and stopped the horse, saving the queen Doris Black. (Howard’s version) and started a relationship for the ages.

Howard and Doris were sealed for time and eternity on September 26, 1958 in the Salt Lake Temple and traveled the rodeo circuit for a time, riding Broncs and being a rodeo clown, before deciding the travel wasn’t conducive with starting and raising a family. Howard and Doris moved to Middleton, Idaho and started a horse training ranch with his Father in law, Ray Black. After excelling in this and a few other service-related jobs, a BYU owned orchard in Emmett reached out to him and this is where Howard and Doris would raise their quickly growing family. 6 children would join them in this adventure: Kirk, Todd, Tawni, Brooke, Jodi and Ramie. Despite the demands of running Rolling Hills Orchard and the Bowman Ranch, he was a 4H leader for many years, sharing his love and knowledge of all things equestrian. He loved seeing his kids on horses, training race horses, and was known in some circles as a “horse whisperer.” Howard always made time for and prioritized his church callings. Serving in capacities including Bishopric, scouts, youth and Sunday School. During the latter part of his time in Emmett, Doris courageously battled cancer for 8 years before succumbing in 1987.

After leaving the orchard, Howard moved to Nampa but remained employed in Emmett serving as the Gem County Weed Commissioner and President of the Idaho Horticulture Society until his retirement.

Howard married RaNae Callahan on Feb 11 th 1994. To this union came a meshing of families that blurred the typical lines of blended families. Creating strong bonds with children and grandchildren, nieces and nephews. He became everyone’s papa. Howard and RaNae were proud to claim responsibility for 10 children, 28 grandchildren and 35 great grandchildren.

Howard and RaNae served a mission in Nauvoo, Illinois in 1998 where he drove wagon team tours and she produced plays for the visitor center. This was a cherished time for them.

Church service continued to be a priority for Howard throughout his life, always an example of service to church members and the community.

In his later years as his health declined, he moved into Spring Creek Retirement center and made fast friends with many and enjoyed the care and concern he received there from both residents and staff.

The family would like to especially thank the staff of Spring Creek Retirement Center and Lighthouse Hospice for their tender hearts and loving care during his stay.

Howard loved his family, loved the Lord, and most of all, loved being Papa. In lieu of flowers, please donate to the American Cancer Society.