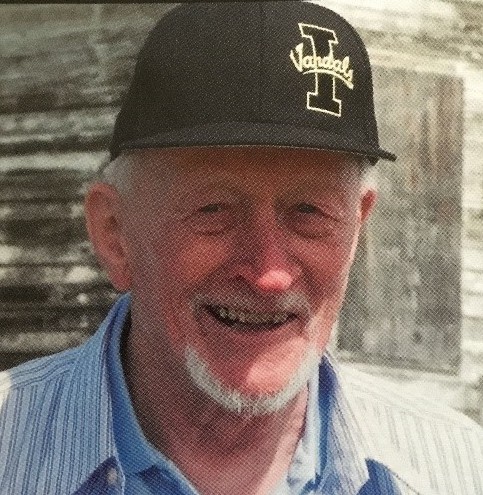 Born in Atwater IL to Homer and Thelma Enslow, Gene moved with his family to Montana when still a baby. His father died when Gene was only 8; his mother married Niels Larsen in 1938. Thelma and Niels raised Gene and his younger brother Bill on a farm near Fairfield Montana where he learned the value of hard work and how to ingeniously solve problems, skills that would serve him throughout his life.  He graduated from Simms High School in 1945. Friendships established in his teenage years with buddies Duane Knox (Great Falls) and Merlin Matthews (Medicine Lake) would endure through his entire life.

Gene enlisted in the Army in 1945; his service included a tour in Korea.  He was honorably discharged in 1947, Infantry Technician 5th Grade, after which he returned to Great Falls and enrolled in commercial college where he excelled in mathematics, bookkeeping and business classes. It was during these years he met and courted Joyce Clark.  They were married in Bozeman Montana on November 25, 1951.   Gene enjoyed league bowling and fishing at White Sulphur Springs and Kings Hill in his leisure time.

Gene and Joyce were a hardworking young couple.  He had a career at Sears & Roebuck, Inc. as an appliance repairman; she worked for GMAC in the Collections Department.  They built a ‘basement’ house outside of town, and then contracted to build what would be their family’s home in Great Falls (at 1407 Ella Avenue, across from the BIG water tower).  During these years they welcomed three daughters Pamela Jo (1959), Cindy Lynne (1961), and Toni Kathleen (1965).

Determined to better provide for his family, Gene left his job after 17 years at Sears to move with Joyce and his daughters to Rexburg Idaho in 1968.  They invested everything they had in the small Shannon Motel on the edge of town.  This beautiful setting with the Teton Range out the front picture window and Yellowstone National Park just 100 miles away was the first of many business enterprises for Gene.  After nurturing and developing that business, they sold it and moved to Moses Lake Washington in 1973 to own and operate a larger TraveLodge Motel. In 1977 they moved back to their beloved Montana, to Kalispell, where he owned and managed the Meadowlark Mobile Home Park, a triplex rental property, as well as managed a private water system.  During these years he built two more homes, overseeing construction and doing much of the work himself.  After their daughters left for college (for each of his daughters to have a college education was one of Gene’s major life goals) he and Joyce continued to live in beautiful Kalispell.

Gene’s wife and daughters remember fondly the time between Rexburg and the move to Moses Lake.  Because their business enterprises consumed them 24 hours/day year-round, Gene and Joyce decided to make the most of the interval.  The family spent 3 months touring the western United States in a travel trailer, focusing their adventures on national parks and seeing extended family, including a once-in-a-lifetime trip up the Inside Passage of British Columbia to visit relatives in Juneau AK. That summer adventure reconnected Gene and Joyce with their siblings, cemented family ties between young cousins (Enslow and Clark families), and established a love of travel in each of them that continues today. After retiring from their work in Kalispell, Gene and Joyce enjoyed many years traveling and camping throughout the western United States in their RV.

In 1993 Gene and Joyce moved to Meridian Idaho to escape harsh Montana winters and to be nearer family members. Gene lived with Joyce in their last family home in Meridian ID, near two daughters (Cindy and Toni) and enjoying their several local grandchildren, and traveling frequently to Seattle to visit Pam’s family, until he had a major stroke in 2014.  Gene’s family is appreciative of the kind and supportive caregivers at Alpine Meadows Assisted Living in Meridian, where he lived his final years.

In other circumstances Gene might have been an engineer; his family continues to discover and marvel at various innovative gadgets he created that made life at his home easier.  He always joked he should have patented that first child bike seat he devised in the early 1960s. Other clever gadgets included such things as custom vent covers, paper towel holders, and a cowboy-hat holder in his beloved pick-up truck.  Gene loved his family and always wanted the very best for them.

The family plans a private service.  The family suggests remembrances be made to a cancer research charity of your choice.