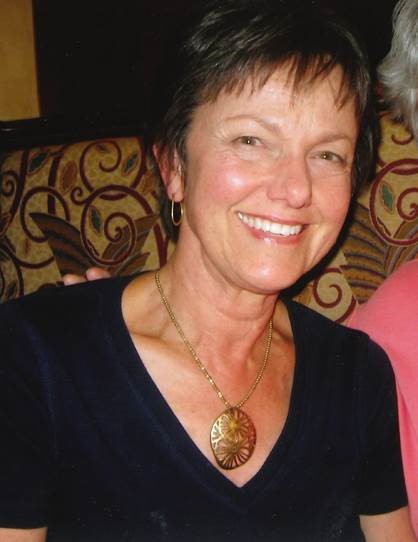 Holly passed away peacefully surrounded by loved ones at Intermountain Hospital in Salt Lake City on January 26, 2019 after a brief battle with an unexpected virus. She was 76 years old.

Hollis “Holly” Hilton Chance was born in Long Beach, California on December 9, 1942 to Richard and Wilma Chance. From her first marriage she had three children, Chance, Rachel and Jason.  In 1980, she married the love of her life, Rodney “Pepper” Reese, and together with his 2 children, Kirk and Kelli, they raised a dynamic and loving family of five. Holly’s outgoing personality and “never meeting a stranger” resulted in her having many friends of all ages. Her smile and energy would light up every room she walked into, or light up the entire school or town she was in at the time.  She was forever dedicated to her family, friends, community and profession.

Her passion was teaching and counseling elementary grade students. She graduated with a BA from Chapman College in Orange, California, in 1970.  She then went on to earn her Teaching Credential from Boise State University in 1979, and ultimately, a Master’s Degree in Education from the College of Idaho in 1994. Holly worked as an elementary teacher and counselor for over 30 years in the public school systems of Blaine County and Caldwell, Idaho. Some of Holly’s special moments in life were when past students would come give her a big hug and tell her how well they were doing and how much they loved her.  After retirement, the ever-caring nature of Holly’s personality could not keep her out of the line of duty and she became a volunteer for the Suicide Prevention Hotline in Boise until 2017.

Holly is survived by her husband Pepper Reese, her brother Richard Chance, her three sons Kirk, Chance, and Jason, her two daughters, Kelli and Rachel, and her grand children, Jaimi, Brody, Craig, Ally, and Gabriel. She was preceded in death by her dear brother Jackie Robinson.

Holly and Pepper enjoyed the outdoors immensely and loved to travel.  They spent many weekends traveling around the West in their RV sight seeing and fishing.  Holly became the master fisher-woman and Pepper became a world class tackle changer. Outside of their Idaho adventures, they explored other parts of the world including  New York, Boston, Singapore, Malaysia, Australia and Tasmania.

At home, Holly loved bird watching, caring for her shade garden, and keeping every duck, squirrel or animal of any kind well fed and protected.  The other love of her life, “Leo” a maltese/poodle mix with whom she spent a great deal of time with on long walks on the greenbelt. Another hobby of  hers was collecting unique quotes. There are hundreds of profound sayings in her office.  Two that she used often,” There is no remaking reality. Just take it as it comes and hold your ground. There is no other way”. And, “No matter how far you have gone, you can always turn around.”

Holly was a bright light in this universe who was taken too soon from all of us.  Holly touched the lives of countless people and she will always be remembered for her huge heart and beautiful smile. Holly was the saving grace in the lives of many people, both trusted and trusting she inspired hope in difficult situations and gave compassionate sound advice.  She always had an enduring faith in a higher power and guiding angels, and now there will be one more angel to guide us.

Memorial donations may be made in Holly’s name to the Boys and Girls Club of Garden City, Idaho. Services to be held at the Hope Lutheran Church located at 331 N. Linder Road Eagle, Idaho at 10am on Saturday February 2, 2019.  Inquires to be directed to Bowman Funeral Parlor Boise @ www.bowmanfuneral.com