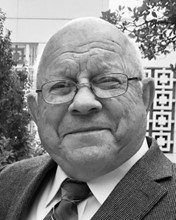 The world has just lost a hero. A man whose stature lead sons-in-law to jokingly ask “Does the name Herb Brice mean anything to you?” when seeking for help in the community. Herbert (“Herb,” “Les” or “Pete,” depending on from where you knew him) Lester Brice was born in Mountain Home, Idaho, on September 5, 1939, to Emmett Goble Brice and Helen Floy Wilson. After 83 years of arduous work and service to others, Herb died September 13, 2022, at his home in Meridian, Idaho.

Herb was the oldest of three boys, who were all raised in a farming and sheep-shearing world. He loved all things mechanical, metal, and motorized. He could identify warplanes by their sound and knew where every automobile part was fabricated and out of what material. He knew the inner workings of cars, guns, clocks, heavy machinery, etc.

Herb’s parents were hard working farmers and sheep shearers. They led Herb and his brothers all over Idaho and Oregon following the work and instilling in them an endurable work ethic. This was passed on to Herb’s own children even as they groaned about when they were young but became thankful for it as they became productive adults.

After courting and convincing his beautiful Mary to marry him, they began a family and a worldwide tour that included stops in Utah, Michigan and Liberia, Africa where Herb worked as a mining engineer and Mary as a mother, wife, and familial CEO. While in Africa, Herb travelled with his young family to Greece, Spain, the Canary Islands, Tunisia, and many other exotic places. Herb and Mary returned to Idaho to be closer to family. Herb got a job when asked by a construction supervisor who had just had an operator walk off the job if he knew how to operator a backhoe. Needing a job and having zero experience Herb replied, “Yes I do.” His lack of experience became evident, but the supervisor kept Herb on because of his attitude and work ethic. After various jobs in construction, at the sugar beet factory, etc. Herb started what would become known as Brice Construction. At various times Brice Construction would build many homes, government offices, commercial buildings, remote bridges, parks, and campgrounds (including outhouses which would lead Herb to say they were “number one in the business of number two”). Most of all, Herb was so very proud of his children, his grandchildren and all of their accomplishments.

After retiring, Herb stayed involved with the newly formed BriCon, Inc. construction company that was born out of Brice Construction by his son, Mark. With tools, screws and concrete indelibly written into Herb’s essence he remained an honorary supervisor until his dying day. Herb possessed a generous spirit. He truly laid up his treasures in Heaven, because all his earthly treasures, he provided to anyone in need.

Herb is survived by his wife of nearly 62 years, Mary Bair; his brothers Erv (Nelda) and Steve (Jan); his children, Laura McGregor (Jim), Leslie Schriever (Rodney), Crystal Stark (Paul), and Mark (Mabry Lathen); 21 grandchildren, and 18 great-grandchildren. He was preceded in death by his son, David.