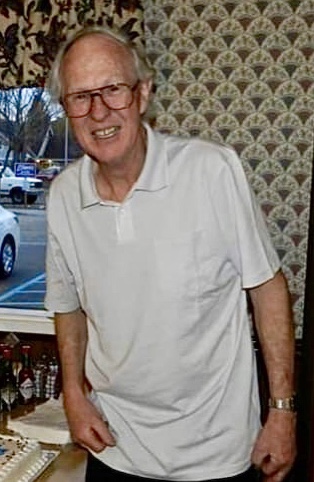 Harry C. Gawith, 75. son of John and Isabel Gawith, was born March 6, 1944 in Oregon. He died early December 26, 2019 at the VA Hospital in Boise, Idaho, is a result of complications of severe lung diseases.
Harry attended Eastern Oregon and Oregon State Universities, graduating with a B.S. in Industrial Education. Before Graduating, Henry served 3 1/2 years in the U.S. Army, serving in Germany.
Harry used his education to train blind adults in Industrial Arts activities and many life skills. He and his students not only laid the sidewalk on both sides of the ICBVI Building, but also replaced the concrete floor in the wood shop.
While working at the Commission for the Blind, he met fellow teacher Jan and they married in 1976.
After Jan opened a cafeteria he began working for her as cook and Assistant Manager.
Both Jan and Harry liked to bowl and golf.
When Jan retired, Harry worked at his favorite place, the golf course. He finished the season this October.
Harry is survived by his wife Jan, his sister and brother-in-law Sharon and Steve McCraw and sister Juanita Meyers of Elgin, Oregon and brother Roger Gawith and Sister Verla Trump of Albany, Oregon and sister and brother-in-law Phyllis and Sam Mento of Havlock, N.C. as well as many nieces and nephews.
Memorials may be sent to The National Federation for the Blind, 200 East Wells Street at Jernigan Place, Baltimore, MD., 21230 or The Idaho Humane Society., Boise.