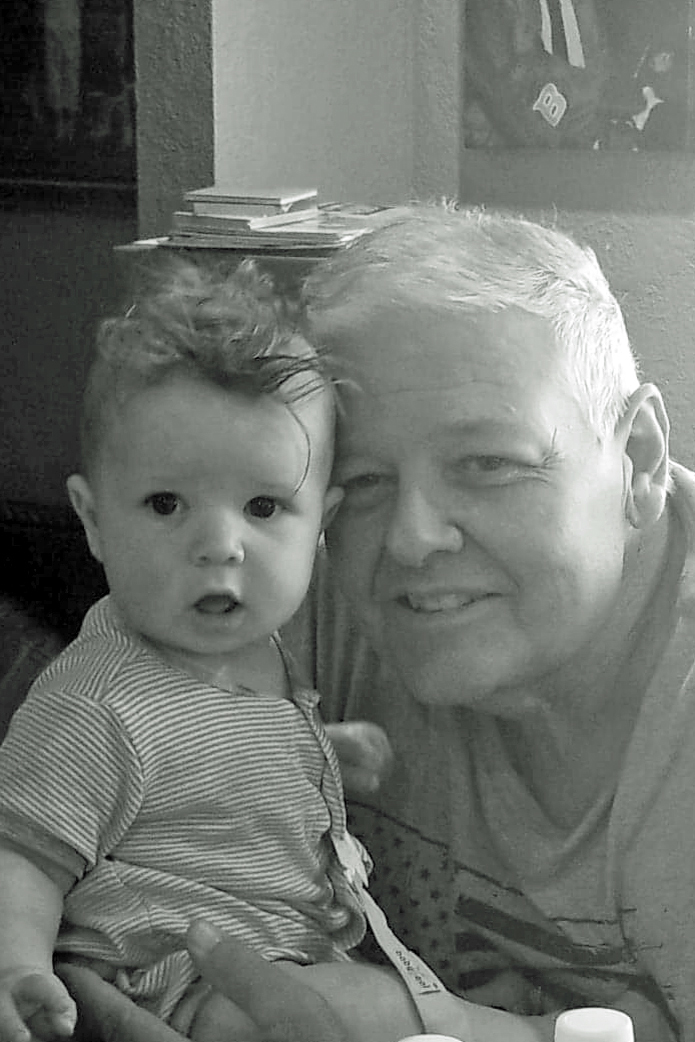 Harlen V Garner passed peacefully in his home the 29th of August, 2020 surrounded by his loved ones.
Harlen was born on April 19th, 1968 in Caldwell, Idaho to Nadene May and Val Garner. Harlen was the 4th of 5 siblings; Dion, Jamie, Stacey, and Holly was the baby. He grew up in the Nyssa, Oregon area, attending school and church with many lifelong friends. Harlen excelled in sports and academics throughout his school years. His senior year he was awarded the prestigious Calvin Wilson award for excellence on and off the field. He performed above and beyond expectations in football, wrestling and baseball.
He enjoyed a lot of extracurricular activities such as hunting, fishing, motorcycle riding, and water sports. He was heavily involved in the Boy Scouts of America and spent many hours in service and camping out which resulted in him earning badges and the Eagle Scout Award. Later he became a scout leader himself and spent many hours with the boys.
He spent his first year in college at BYU, Provo. His 2nd year was at Rick’s college and his 3rd year back at BYU, Provo where he met his bride to be. He returned home to help his dad on the farm because Val’s health was failing. He learned and worked and finally purchased the farm he grew up on. Harlen took over the farm making V-A-L Charolais Ranch the success it is today. On December 27, 1991 he married the love of his life, Kendalee Harmer. They spent almost every waking moment together. In September 1993 they started their own family, Loughlin. Cyrus followed in ’95 and True in ’98. Maya was born in May of 2000, Giles in ’02, and baby girl Lea surprised in ’04. The family spent their time working hard on the farm and ranch and playing hard always together. They took many trips to the coast making memories no one will forget. Harlen worked with the cows and crops up until the leukemia kept him from doing the tasks. True and Giles stepped up and took over for their dad. Cyrus did what he could while earning his Master’s from home. Harlen spent his life teaching his children to work. He taught them how to show and raise cattle. He loved his way of life and instilled it into them. He taught them to show cattle at the local fair to many successes. In January of 2020 the family received the greatest gift, a grandbaby boy that lit up their life.
He was preceded in death by his mother and father, Val and Nadene Garner, his brother Stacey Garner, His daughter Rhiannon and son Loughlin Harlen.
Harlen is survived by his wife, Kendalee, his sons, daughters and their spouses, Cyrus (McKayla) Garner, True (Katlyn) Garner, Maya Garner, Giles Garner, Lea Garner, and August Cy Garner (grandson)
In lieu of flowers the family has asked that you send donations to purchase 4-H and FFA steers at the Malheur County Fair in memory of Harlen Garner.
Funeral Services will be held at the Owhyee LDS Church, 848 Owyhee Ave. Nyssa, OR 97913 Visitation 9:30 to 10:30 am Funeral will start at 11:00am
Funeral Services will be held Saturday September 5th at the Owhyee LDS Church, 848 Owyhee Ave. Nyssa, OR 97913 Visitation 9:30am to 10:30 am Funeral will start at 11:00am Live link to watch funeral: https://www.tvpbn.com/channels/funerals available for 2 weeks.
Condolences may be left for the family at www.bowmanfuneral.com

A live stream of Harlen’s services will be broadcasted at http://www.tvpbn.com/channels/funerals