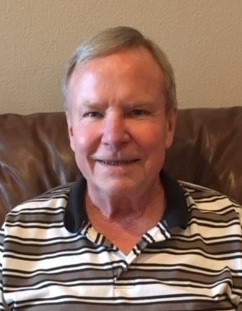 Our Father and Papa, H. Perry Ackerman, age 82, passed away on July 24, 2021 to join his loved ones and beloved dog, Ditto, in Heaven after a valiant battle with Lewy Body Dementia and Parkinson’s.  He was born on April 23, 1939 in Pawnee City, Nebraska to Claire and Opal Ackerman.  He was the youngest, and probably the orneriest, of four children.  He grew up in Dayton, Oregon, and graduated from Dayton High School in 1957.  Shortly thereafter, he joined the United States Army, where he spent two years stationed in Germany.  He graduated from Linfield College in 1965 with a BA in Sociology & Psychology and with a Masters of Social Work from the University of Washington in 1970.

Perry married Joyce (“Queenie”) Widenhouse in 1962.  When he first asked Joyce out on a date, it was because a friend had dared him to (little did he know that they would end up spending almost 42 years together).  They later divorced, but both remained active in their children’s and grandchildren’s lives.

Perry devoted his entire career to Social Work and spent 33 years with the Idaho Department of Health & Welfare in child protection, adoptions, foster care, and state licensing of children and juvenile facilities.  He made many lasting friendships while working at DHW and retired in 1998.

Perry was a big tease.  He knew no stranger and loved teasing anyone who crossed his path.  He kept his witty sense of humor up until the final months before his passing.  He loved to tell stories about his Army days and the time he was stationed in Germany.  He taught his family every Army song he knew starting from the depths of whiskey oceans, to cockroaches on bedroom walls, and ending with pretty girls in bell bottom trousers.  Those who knew him will know what this means!

Perry loved dogs and, in particular, his dog Ditto who was his constant companion in his last few years.  His family and friends are smiling knowing that he is now in a better place with his beloved companion Ditto.  We also know that if we ever feel that there is someone playing a silent trick or prank on us, it is probably Perry and that he and Ditto are in Heaven laughing it up and getting a kick out of that!

Perry loved his grandchildren immensely and talked about them constantly.  He has left many legacies in the lives of his grandchildren.  Two of his grandsons, Cooper and Jake, have followed his military footsteps with Cooper currently serving as an officer in the United States Navy and Jake attending the U.S. Naval Academy.  His granddaughters, Tara (aka Sara according to Papa) and Sophie, and grandson, Christian, have inherited his wittiness, tenacity and stubbornness.  His grandsons, Mitchell and Cade, and granddaughters, Taylor and Hayden, have been blessed with his outgoing personality and charm.

Perry’s memory, wittiness and notoriety for teasing, will live on in the hearts of his two daughters Kim (“Kim the Bim”) and Shanny (“Stella”), his grandchildren, family and friends.

There will be a celebration of Perry’s life on August 6, 2021, followed with his burial at the Veteran’s cemetery in Dry Creek on August 23, 2021.

Papa, we know you and Ditto are smiling down on us, that you are at peace and that we will see you again.

There will be a celebration of Perry’s life on August 6, 2021, followed with his burial at the Veteran’s cemetery in Dry Creek on August 23, 2021.