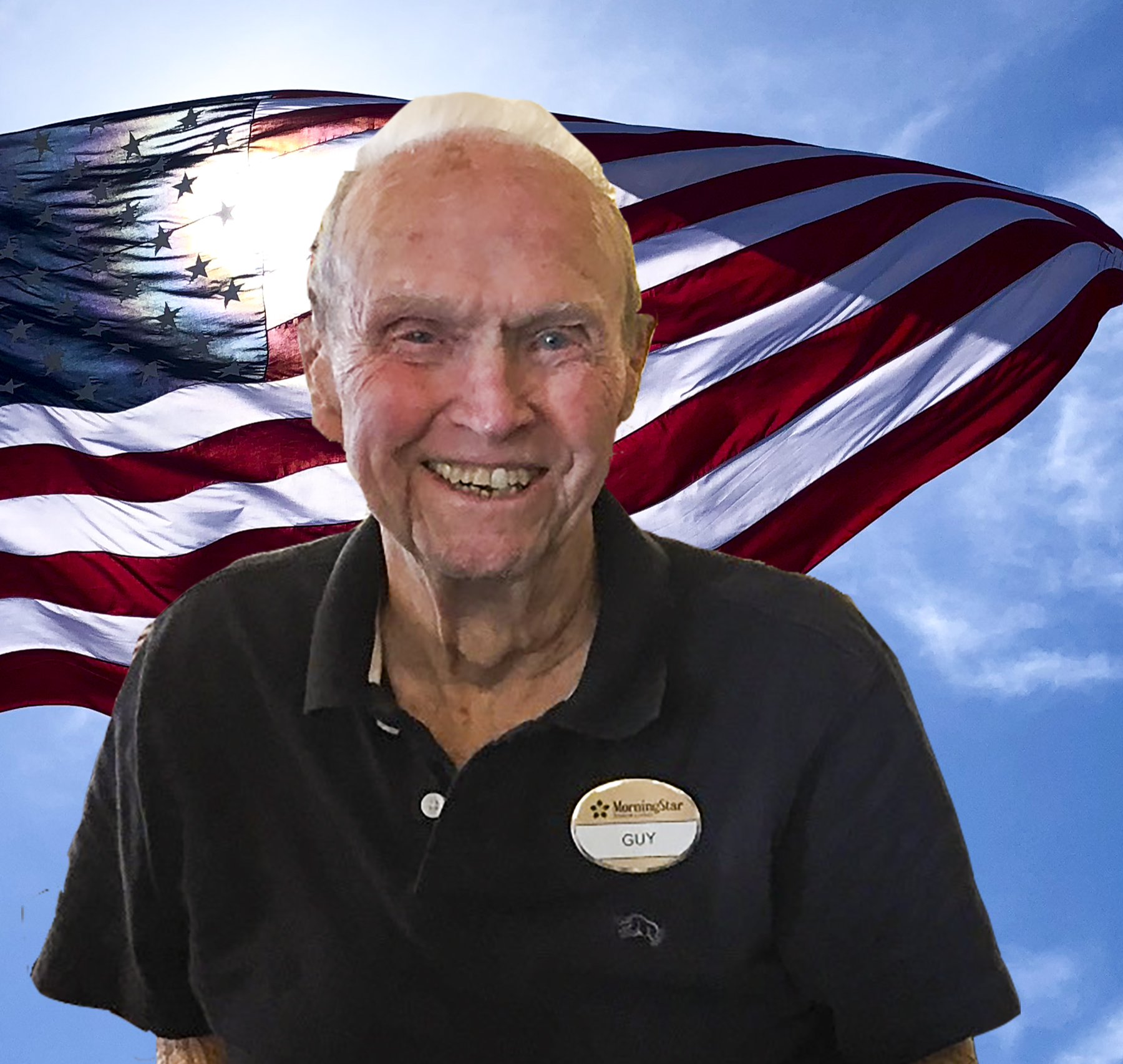 Guy was born in Berry, Ill to Glenn Morton Miller Sr. and Lena Terry Miller. He was raised on a dairy farm in Springfield during the Great Depression. He served in the Illinois and California Army National Guard before being inducted into the US Air Force. He served during the Korean War and was honorably discharged in 1954. He was a lifetime member of the American Legion.

Guy married Dolores Ann Oettle in October 1951. They were married for 68 years. They have three children: Gary, Gail, and Jan; four grandchildren: Erin, Cameron, Geoff, and Drew; and seven great-grandchildren.

Guy became a journeyman plumber in 1953, retiring in 1991 after 38 years. He was a member of the Los Angeles Plumbers and Pipe Fitters Union, Local 761.

He was a member of the Reseda YMCA Y’s-Men’s service organization in the 60s and 70s.

He was honored as a lifetime athletics booster and their #1 Fan at Los Angeles Baptist High School (now Heritage Christian), for 50+ years.

Guy enjoyed watching all types of sporting events, but especially the Los Angeles Dodgers and Lakers.

He hitch-hiked across the US on Route 66 at the age of 16 and never lost his love for adventure, eventually visiting every state in the US, plus Canada and Mexico.

He made many friends in many places and will be missed.

He is survived by his wife, Dolores, and one sister, Verna Mae Hodge.

Private interment services will be held at the Idaho State Veterans Cemetery.

Private interment services will be held at the Idaho State Veterans Cemetery.