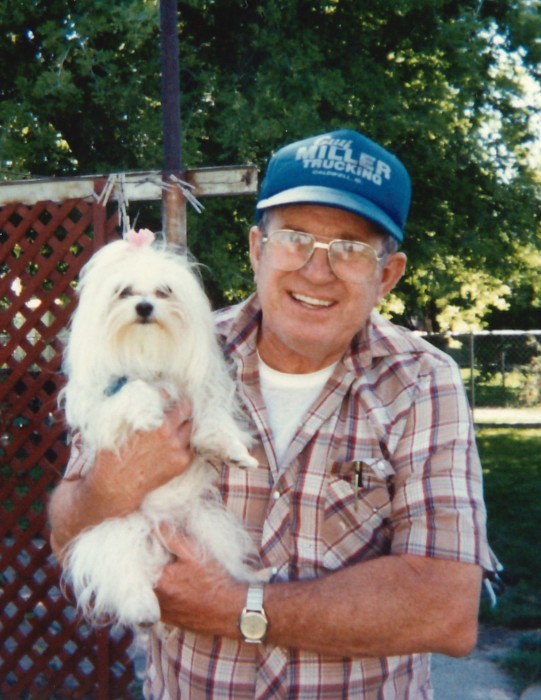 Guy was born in Topeka, Kansas to Guy Claborne and Mary Lucretia (Louie) Murphy Miller. At the age of 8 he moved with his family to Nampa. He attended Nampa schools. When Guy was old enough, he joined the Army. After being discharged from the Army he returned to Nampa. In 1952 he met Fern Green and they were married on June 19, 1953. They had 2 children, Cathy and Dale.

After several different types of jobs in 1960 he found the job that he loved, driving cattle truck. He eventually owned and operated his own truck.

Guy and Fern purchased a motorhome and traveled across the country seeing sights and visiting relatives and friends. When Guy was diagnosed with Parkinson’s disease they had to stop traveling.

Memorial Service will be held later. Arrangements under the direction of Bowman Funeral Parlor. www.bowmanfuneral.com 208-853-3131.