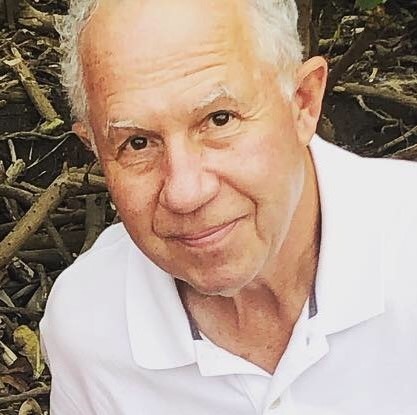 On Sunday, September 6, 2020, Greg passed away at his home in Boise, following a courageous battle with amyotrophic lateral sclerosis (ALS).

Greg was born May 28th, 1948 in Ontario, Oregon to William Lee Johnson and Kathleen Margaret (Hall) Johnson. Greg was raised in Payette, Idaho until he was two years old when his family moved to Boise. Greg attended Garfield and McKinley Elementary Schools, South Junior High School, and Borah High School where he graduated in 1966. Greg received his baccalaureate in architecture from the University of Oregon in 1972 and was a proud member of the Sigma Chi Fraternity at the UO. (Go Ducks!)

In 1972 Greg met and married Marsha Poncia. They celebrated their 47th wedding anniversary October 21st, 2019. Greg and Marsha have two wonderful daughters and their loving families – Holly Anne Haener, her husband Jeremy and their children Ella and Sam; and Anna Kelly Hoffpauir, her husband Quentin and their children Molly and Zach. We all live close to each other making it possible to spend many happy times together and enjoy weekly Sunday night dinners which often featured Greg’s signature hamburgers.

Throughout his life Greg enjoyed the outdoors with family and friends-fishing, hiking, skiing and boating. Greg loved to travel and explore new places. He especially enjoyed time in McCall, Idaho, the Oregon Coast, Florida and traveling anywhere with Marsha. Greg was a Potawatomi Indian and a fervent Oregon Duck. He enjoyed every opportunity to cheer on his Ducks and represent his heritage. Friends from the UO nicknamed Greg ‘Chief North Arrow’ hinting at his Native American roots and his impeccable character always pointing true north. Greg only had one way to do things–the right way the first time…sometimes much to the bewilderment of his son-in-laws.

Greg was fulfilled by his career as an architect where he worked for several local firms plus had his own firm in the early years, followed by two stints at Albertsons totalling 20 years, then eventually retiring from the State of Idaho Department of Public Works. Greg had the opportunity to travel to many locations across the US. Some of his favorites were Idaho, Alaska and Florida. On top of his career as an architect he also enjoyed practicing real estate for 15 years. Greg’s passion for details, straight lines and any social gathering were the perfect fit with his career.

Greg had a zest for life, love for his family and made friends wherever he went. He has remained close with many of his primary school friends from Boise, college friends and fraternity brothers from UO, and so many others along the way and across the world. We’ll be forever grateful for the friendships which grew closer over these past few years and brought so much joy to the end of Greg’s life. He will be missed by many.

Greg is survived by his mother Kathleen Johnson, his wife Marsha, daughters Holly and Anna Kelly, their families, and his sister Karol Sherlock. He is preceded in death by his father William “Bill” Johnson.

Due to the pandemic, a remembrance for Greg will be announced later. In lieu of flowers the family asks that a donation please be made to the MK Nature Center through ifwf.org in Greg’s name.

Due to the pandemic, a remembrance for Greg will be announced later. In lieu of flowers the family asks that a donation please be made to the MK Nature Center through ifwf.org in Greg's name.