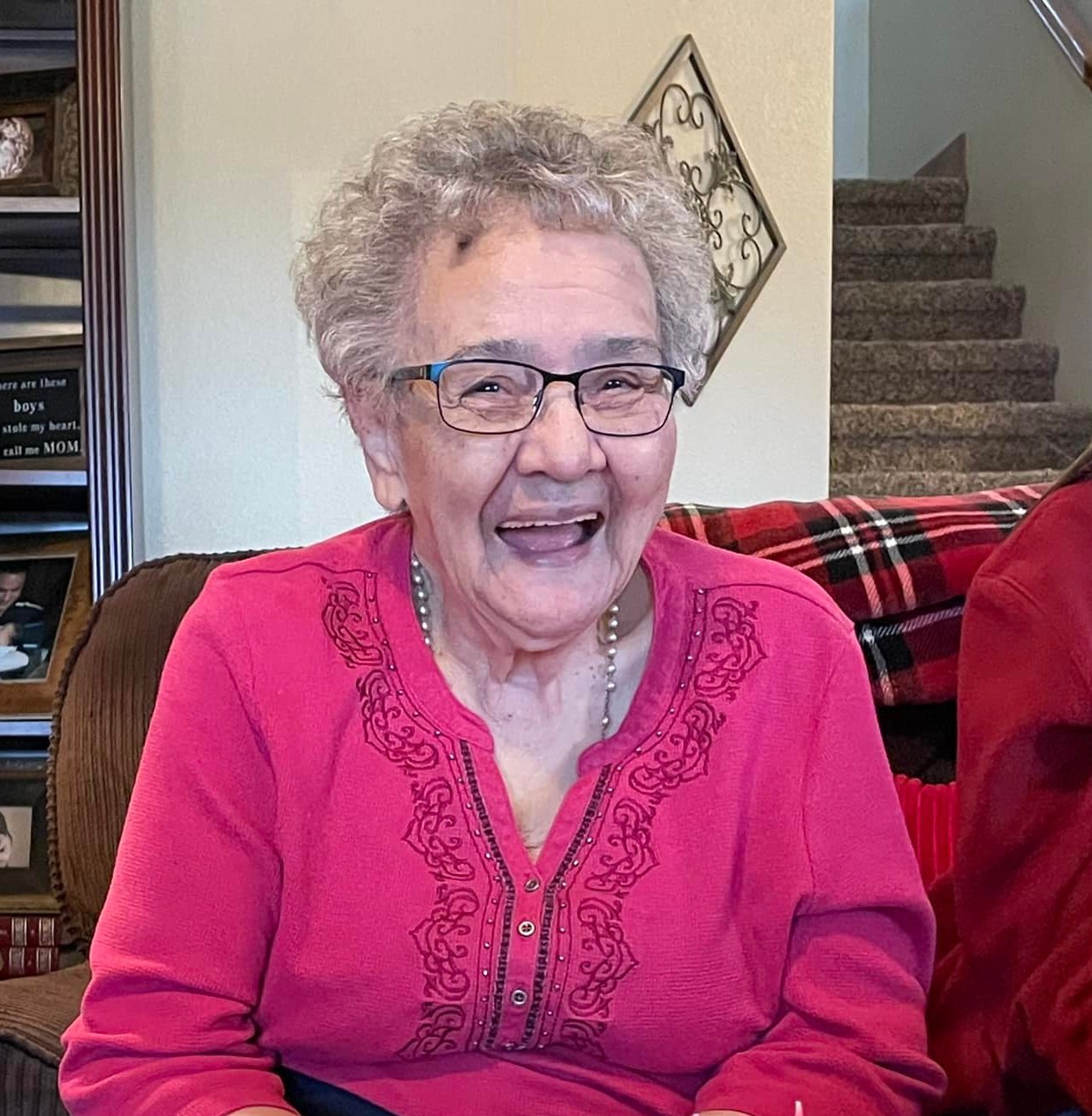 Gloria M. Ochsner, a long time resident of Gooding, Idaho passed away on August 31, 2022 in Boise, Idaho with her daughter and son in law at her side.  Gloria was born at home on March 4, 1930 in Alamosa, Colorado.  Gloria moved with her family to Utah in 1933 and then moved in 1936 at the age of 6 to Gooding, Idaho.  Gloria graduated from Gooding High School in 1948.  Gloria married Richard Dean Ochsner on June 16, 1948.  Gloria and Richard later divorced in 1956.

Gloria attended CSI Nursing School in Twin Falls, Idaho and graduated in 1967.  She then went to work for Gooding Memorial Hospital and later retired with over 34 years.  Gloria also worked as a Respiratory Therapist, treating and delivering oxygen to many patients.  Gloria enjoyed bowling, knitting, gardening, and golfing.  She held a secretary position with the Gooding Women’s Golf Association.  She also, at request, sang at many a funeral or wedding with her dear friend Stella Brown.  Gloria had a great love for her dog George and lit up every time he came for a visit.

Gloria was preceded in death by her parents Molly and Joe Mansanarez as well as two half brothers, Earnest and Paul.  Gloria is survived by her daughter, Susan Craft (Bob), Eagle, Idaho, and her sons, Richard, Twin Falls, Joe and Frank, Gooding, 10 grand children, and 18+ great grand children..

In 2021 Gloria moved to Boise, Idaho to be closer to her daughter and resided at Grace Retirement Facility on State Street.  The family would like to thank the staff at Grace Assisted Living for their loving care of Gloria in the last weeks of her life.