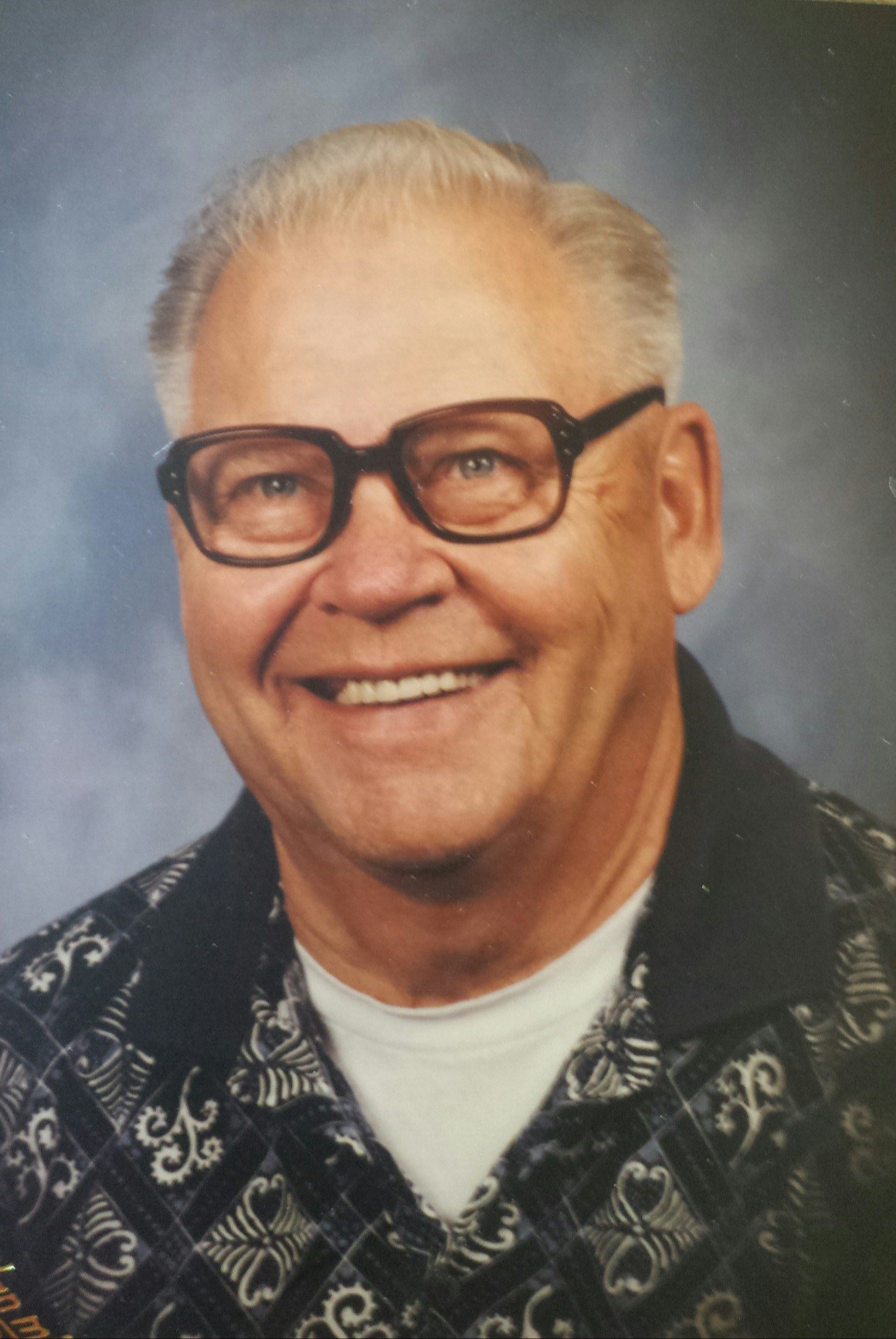 On August 2, 2020, Glenn Oliver Christianson, 91, of Meridian, Idaho, was back in the arms of his beautiful bride, Joyce.

Glenn was a family man; vacations were often a road trip to visit family in North Dakota or California.  When he was not enjoying time with his family, he could be found in his work shop, creating a myriad of wooden toys, furniture, or other fun projects.  He would often give these one-of-a kind treasures to his family and friends.  Every grandchild and almost every great-grandchild received their own “Pa-made” Adirondack chair when they were born.  In later years, he would sit in his favorite chair in the wood shop, watching television. and entertaining friends and family.

On April 15, 1929, Glenn, the oldest of four children, was born to Alfred Gilbert Christianson and Jerda Alice Elie, in Landa, North Dakota.  Growing up on the family farm, he shared the many chores of farm life, working alongside his brother Lowell, and his two sisters, Lenore and Carolyn.  They were responsible for planting, tending and harvesting crops, watching over the livestock, and the many other tasks needed to “survive” during the depression.  Glenn carried his love of the farm and that lifestyle with him where ever he went.  The pucka-puck- pucka sound of a John Deere tractor flooded him with beautiful memories of home and never failed to make him smile.   He returned to the “old home place” many a time to help bring in the harvest.

After high school graduation, he studied social sciences at Minot College before enlisting in the United States Air Force in 1950.  He served in the 1906th Communications Squadron during the Korean war.  In 1954, after his discharge, he continued his Air Force career, serving in the 124th Fighter Group, Idaho Air National Guard, at Gowen Field in Boise, Idaho, full-time until 1965 and then the reserves, until discharging as Master Sergeant in 1976.  From 1965 until his retirement in 1989, he worked as a Postal Clerk for the United States Postal Service.

He married Joyce Elaine Tande of Souris, North Dakota on July 12, 1953 at Lesje Lutheran Church in Souris; shortly after that being reassigned to Mountain Home Air Force Base, Idaho.  In 1954 they moved to the Boise Valley and put down their forever roots.

Joyce was truly the love of his life and they raised four children.  Together, they shared 64-years together until her passing in 2017, after which he waited, sometimes impatiently, until he could be with her again.

He is preceded in death by his wife Joyce, daughter Heather Marie, his parents, and his brother Lowell.

Due to the current COVID situation, a private interment service will be held on Monday, August 10, 2020 at the Idaho Veteran’s Cemetery.  The ceremony will be streamed virtually at https://www.bowmanfuneral.com/livestream/ A memorial will be held in the spring.  If you wish to be informed about memorial plans at a later date, please provide Glenn’s son Mike with your contact information, 208-761-4826 (Text or Call).

Help Glenn build a house by donating to the Boise Valley Habitat for Humanity at PO Box 6571, Boise, ID 83707, please include “In Memory of Glenn Christianson” with your donation.

Due to the current COVID situation, a private interment service will be held on Monday, August 10, 2020 at the Idaho Veteran’s Cemetery.  The ceremony will be streamed virtually at https://www.bowmanfuneral.com/livestream/ A memorial will be held in the spring.  If you wish to be informed about memorial plans at a later date, please provide Glenn’s son Mike with your contact information, 208-761-4826 (Text or Call).