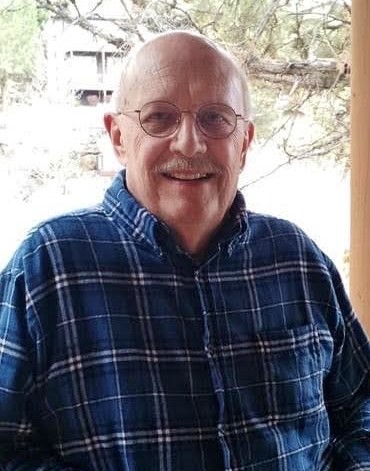 Glenn Eugene Adams passed away unexpectedly on September 8, 2021, at the Boise Veterans Hospital with his wife, Abbe, by his side.  Glenn was born September 24, 1944, in Methuen, Massachusetts.  Glenn spent his childhood years in Oakland, California, and enlisted in the U.S. Army in the fall of 1961 at the age of 17.  He was honorably discharged in 1972.  Glenn attained the rank of army staff sergeant and was assigned as an adjutant general while stationed in South Korea, serving at the DMZ. His last duty command was with the 6th Army Recruiting.  After leaving the service, Glenn started a career in mortgage lending as a loan officer with Great American Savings and Loan, eventually becoming regional vice president of the Los Angeles area and later transferring to Sacramento, California. Glenn came to the Boise area in 1991 with his wife and their two young children and continued his career as a loan officer before joining the Idaho Department of Health and Welfare where he worked until retirement.  Glenn enjoyed spending time with his family, camping at Grandjean, Idaho, spending time outdoors, particularly in the mountains, and fishing.  Glenn is survived by his wife, Abbe, and his five children. Three by his first marriage, Steven, Timothy, and Michelle, and two by his second marriage, Kristina (“Misty”) and Alexander (“AJ”), along with his 10 grandchildren and three great-grandchildren.  Glenn is dearly loved by his family and will be greatly missed.  He will be laid to rest at the Idaho State Veterans Cemetery in Boise, Idaho.

On September 27, 2021, there will be a viewing at Bowman Funeral Chapel at 10 am, followed by a Funeral Mass at Grace Anglican Church at 12 pm followed by a committal at the Idaho State Veterans Cemetery at 2 pm.