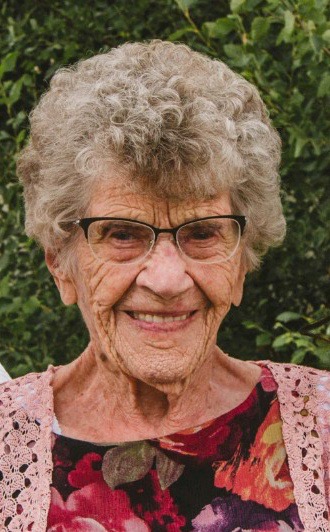 Glendora Faye Howard, aged 92, died peacefully on June 8, 2019 at home after a brief struggle with cancer. Faye was born June 3, 1927 to the late Millie Elizabeth Olsen. She was born 2 minutes earlier than her identical twin sister Leonora Mae Fallin. The twins joined big sister, Marcene who enjoyed the role of being “boss”.

Faye enjoyed basketball, fishing, bicycling and gardening as a child. She and her sister enjoyed playing tricks on their teachers and coaches because they could not tell them apart. They were poor when growing up, but life was rich with great adventures they created together. They grew up in Ashton, Idaho and helped their mother and grandmother on the “farm”. They rode to town on their bicycles with full milk cans balanced on the front, and baskets of strawberries on the back to sell. Later, as teenagers they picked potatoes to earn money for clothes and other necessities.

Faye married Dale C. Ashley on Sept 08, 1945 She was widowed at age 20 as Dale died in 1947 from an accidental shooting by one of his employees. Sons Clarence Lee Ashley and Kerry Gale Ashley were born from this union. This was a very difficult time for her, and she worked multiple jobs to make ends meet.

She then married Shelby Ray Howard on November 23, 1949. They had a daughter, Edith Elizabeth Howard born in 1950. Her new family of 5 enjoyed fishing, camping, cutting wood and gathering huckleberries. Ray was a blasting superintendent on road construction which led them to move over 40 times across 5 different states from 1954 to 1981 when Ray retired. They were sealed in the Idaho Falls Temple on September 29, 2001.

Faye was a strong, resilient woman and had an adventurous spirit. She loved learning and helping others. She became an LPN in 1962. She enjoyed caring for others as a nurse for 37 years until she was 72. She was her daughter’s role model!

As a member of the Church of Jesus Christ of Latter Day Saints she held many callings, served God with all her heart and celebrated her 82 birthday on her church mission in Oklahoma. She leaves behind a great legacy of faith, enduring to the end, and love … of God and family.  Her greatest joy was her family.