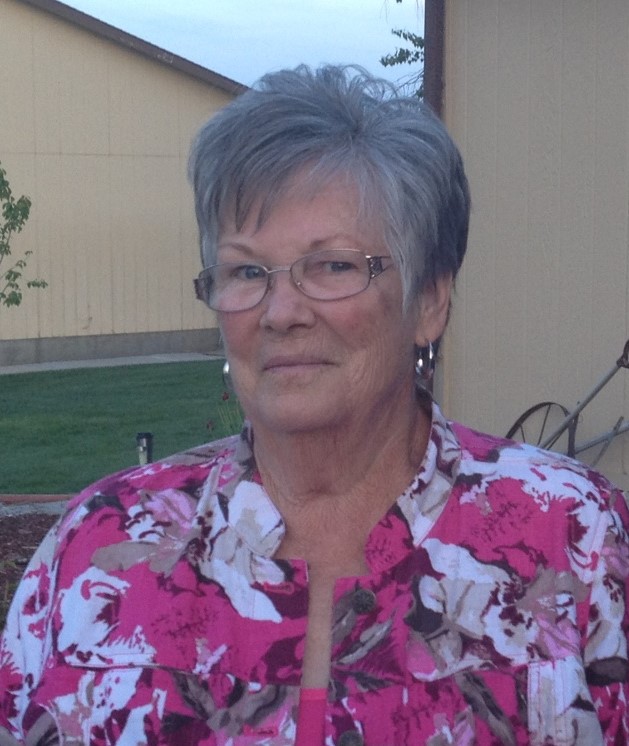 Born in Rock Rapids, Iowa, Geralda Marie was the first child born to Frederick & Johanna (Maris) Lawrence. Times were hard, so together with older sister IlaMae, the family joined other relatives heading to California. Immediately after graduating from Bellflower High School, Jeri married the love of her life, Bill Bothof. The young couple soon started their family while pursuing the dream of going into the dairy business for themselves. They moved to Chino, CA where a “4D” became the dairy’s brand, symbolizing their four daughters born in five years. Jeri enjoyed being a young wife, mother, and homemaker. Raising the girls kept her as busy in the house as Bill was outside milking cows and running the dairy. She was the spiritual leader of the family making sure we knew the love of Jesus and planting the word of God in our hearts–her legacy lives on in the next generation.

In 1976 the dairy made a move to Colorado. While in the San Luis Valley, Jeri thrived as she was hired as the Personnel Manager for the Valley’s new Kmart. Many great memories were made there and many friends remain to this day. Her common sense and discernment replaced a college education.

Later the dairy made another move to Idaho. Mom transferred from the Colorado Kmart to the Magic Valley location. She later spent a year managing the local Farm Store in Jerome. The Bothof’s bought the historic Canyonside School House in the mid 80’s, where Mom opened the “Rock School House”, a daycare and pre-school for 2-5 year olds. She loved kids and they loved her! For several years “Grammy” got up before the sun came out and was there until dark when the last kiddo got picked up in the evening. She touched many young lives with her caring nature. After closing the school, Bill & Jeri Bothof donated the School’s iconic “Bell” to the Jerome Historical Society, where it would forever remain with the people of the community.

She enjoyed working retail again part-time 1991-1998 for Pendleton in the Magic Valley Mall. Her memory of names, sizes, and style preferences, pleased customers who were sad to see her retire.

Mom and Dad were blessed with 68 years together. They shared wonderful years with beloved family and friends. Traveling together their last 20 years was a special time for them before coming to Boise where Mom needed the help of Assisted Living. Dad sold the farm in 2017 so they could make this transition hand in hand. Loved, honored & cherished in sickness and in health, till death they did part.

Leaving behind daughters; Darlene Rae (Paul) Lachowsky, Darla Mae (Jerry) DeVries, & Donna Faye (Steve) Burris. Losing their oldest daughter, Denese Kay (Richard) Knight in 2016. The precious memories made with 12 grandchildren and 19 great-grandchildren. We will miss them dearly until we meet again in eternity.