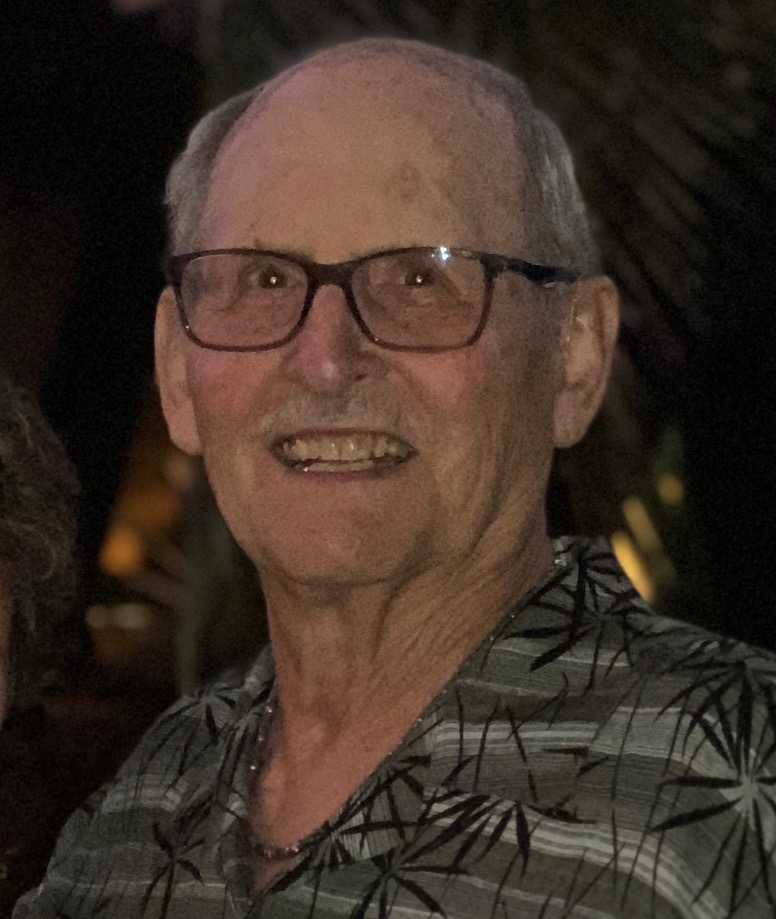 Jerry passed away peacefully on January 21, 2020 with his wife Marianne at his side. He fought so bravely against the cancer that took him from us.

He was born April 5, 1943 in Afton, Wyoming. He was proud of his Wyoming roots and loved “Star Valley” and the many relatives that remained in the valley. He shared many memories of family get togethers and a special connection with his double cousins Bob and Karen. He loved to tease his sister Janet by taping paper to her cat’s feet so it had difficulty navigating the linoleum floor. He was a definite teaser. He had great admiration for his brother Verdell (Rob). He followed Rob’s lead to work as a fishing guide on Jackson Lake and also to college in Logan. He graduated with a Bachelor of Arts degree. He married Melanie Harris during college, and after graduating they moved to Salt Lake City. They had two children, Erik and Holly. As happens in life, family structures shift and they divorced.

Jerry married Marianne Schultz on November 24, 1973. Jerry nurtured Marianne’s son Billy as though he was his own son. He was always willing to help out with school programs, projects, and volunteered to coach or assist athletic events regularly. Bill and Jerry had a special bond. As a family we had wonderful adventures, including hunting, fishing, camping, snowmobiling, cutting Christmas trees and wood, raising Arabian horses. Erik and Holly visited as often as they could and we had some really fun vacations. A special memory is a camping trip to Canada and seeing the Calgary Stampede.

Jerry had some very “special friends” that he hunted, fished and golfed with for years, as well as maintaining several relationships from the Sigma Nu fraternity days of college.

Jerry’s dad, Theo Robinson, was a wonderfully talented man when it came to woodworking and working with his hands…this obviously genetic trait passed directly on to Jerry who was extremely gifted in this regard as well. He built many wonderful things for the family: furniture, wood art, elkhorn chandeliers, etc. There wasn’t anything that was broken that he couldn’t fix.

1998-2002: after retiring, Jerry kept busy with various jobs including selling cars and running a custom handyman/woodworking business. He was then recruited to become a stockbroker for RBC Dain Rauscher, while giving it a good effort, after moving to Boise, he decided that being a stockbroker didn’t prove enjoyable. In 2004 he was again recruited, this time to become a catastrophe insurance adjuster. He and Marianne traveled wherever there was work: 14 states in all with highlights including hurricane Katrina, the BP oil spill, and hurricane Sandy.
Of all the jobs he had he seemed to enjoy being an adjuster the most! He even talked a best friend into doing it and they were able to work the same storm several times. He was still climbing roofs at 75 years old.

During all these different careers he met and helped out many people. Jerry was a compassionate man. People loved his down to earth, sincere manner. He had a gift of never forgetting a face. He would remember people and usually where he had me them.

Jerry could pretty much do anything he put his mind to. He had a beautiful singing voice and he even played a little guitar. He was a great dancer and loved to dance, especially the jitterbug. Jerry loved to tell stories. He had lots of stories and some he told over and over…many of them even had some truth to them. Jerry’s strength, support, love, hugs, stories, laugh and smile will be greatly missed by all who knew him.

A special thank you to St. Luke’s Hospice for their kind and thoughtful care during Jerry’s journey.

He was preceded in death by his parents Theo and Grace Robinson, his sister Janet Ellis, brother Verdell (Rob) Robinson, and Mother-in-law Marion Van Dongen.