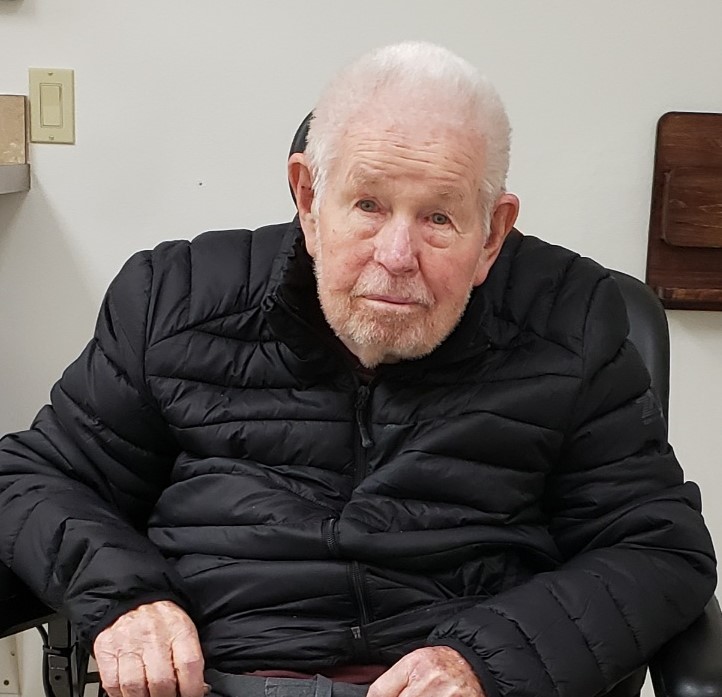 George was born in Big Springs, Nebraska on July 4, 1925 to Delbert George Jones and Dorothy Ione Jones. He died on January 17, 2022 at, The Bridge at Valley View assisted living in Boise Idaho.

George joined the Navy in 1943 right after his 18th birthday. He spent his naval service in the Pacific Theater. After his military service, most of his career was as a civil servant at Mountain Home Air Force Base in the heat plant and he lived in Mountain Home until 2010.

After retirement he became an avid rock hound, amateur chemist and jewelry maker. He also pursued other assorted interests since he never could decide which hobby he really liked the most.

In addition to all his hobbies, George never met a stranger. He enjoyed conversations with anyone with a story to share. As he matured in age, his favorite past time was spending time at The Fifties Cafe where everyone knew his name. However, after he had a cardiac event in 2018 he was unable to drive and most of his time was spent entertaining himself at his home refining his most passionate hobby of rocks.

George had many faithful friends over the years and they continued to reach out, even to the end. His amazing next door neighbors Jim and Shari were always there for him. They even hosted his last birthday celebration on July 4th, 2021. His friends Marty and Don checked in often to make sure George was keeping up his good spirit. He made new friends young and old who always wanted to check-in on how “George” was doing. He was happy almost to the end.

He outlived his 3 brothers, Marley, Keith and Dayton and his wife Frances. He has one living sister and brother in law, Dennis and Caroline Brock of Nampa. His daughter Terry, her husband Mehrdad and their children Mina and Kaveh stayed with him on many trips to visit once he moved to Meridian in 2010. He loved the energy they brought to his home. His grandsons Tyler and Dustin had many adventures with their Grandpa George when they were growing up and he was still mobile. He was independent up until he was 93 and his daughter Debbie moved in with him in 2018 so he could stay in his own home as long as possible. In early 2021 he moved to assisted living.

George was loved by many and had a long full life of love and adventure. We will miss you dad.

We will have a memorial in Mountain Home this summer to celebrate his long life. Please e-mail tjonesfarahmand@hotmail.com for an invitation or to share your favorite memory or story about George. His family would enjoy the memories.