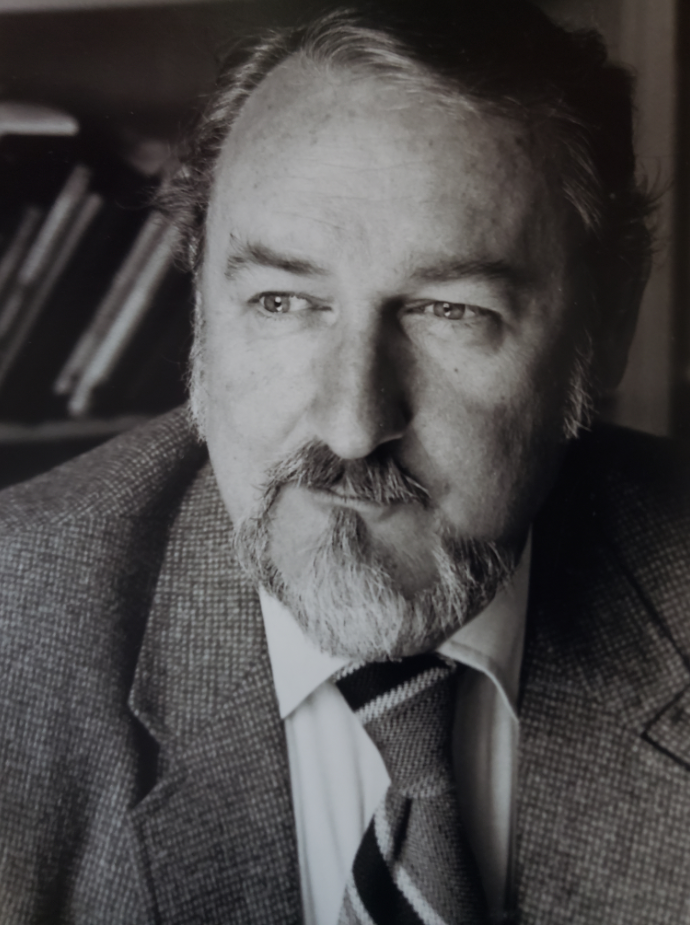 George N. Trytten was born in Pittsburgh, PA, son of Merriam H. Trytten PhD (Albert Lea, MN) and Hedvig K. Froseth (Oslo, Norway) and attended Calvin Coolidge High School, graduating from the Woodward School for Boys in Washington, DC.  He served in the US Army (1945-47) before earning degrees from Luther College (BA Mathematics 1951), University of Wisconsin, Madison (MS Mathematics 1953) and, concurrent to research at the Navel Ordinance Laboratory, University of Maryland, College Park (PhD 1962). George met Phyllis Anna Rossing (BA Music 1952) as they performed together as students in the Luther College Orchestra, marrying in Madison, MN on August 24, 1952.  In 1962 Dr. Trytten began his tenure as Research Associate Professor and Acting Director of the Institute for Fluid Dynamics and Applied Mathematics at the University of Maryland College Park. In 1972 Dr. Trytten was invited to join the faculty of Luther College as professor and later as chair of the Mathematics department. Following his keen interest in research, he spent his sabbatical as visiting mathematician at the Technion, Haifa, Israel.  Upon his retirement from teaching, Dr. Trytten’s passion for social justice was expressed through his leadership with the greater Winneshiek County Habitat for Humanity, Lions Clubs International Vision program, the State of Iowa Foster Child Review Board, and the Decorah Community Free Clinic. He also tutored international students at Luther College and produced sound-filmstrips in mathematics for The Encyclopedia Britannica. Pursuing a life-long love of music, Dr. Trytten sang in the Luren Singing Society, the oldest Norwegian- American male chorus in America. In 2011 George and wife, Phyllis, relocated to Boise, Idaho to be near daughter, Erica Helmick, of Garden City.

Interment of ashes will be at Decorah Lutheran Cemetery, at such a time as allows for friends and family to safely travel.  Family suggests the following organizations for memorial donations, in lieu of flowers.