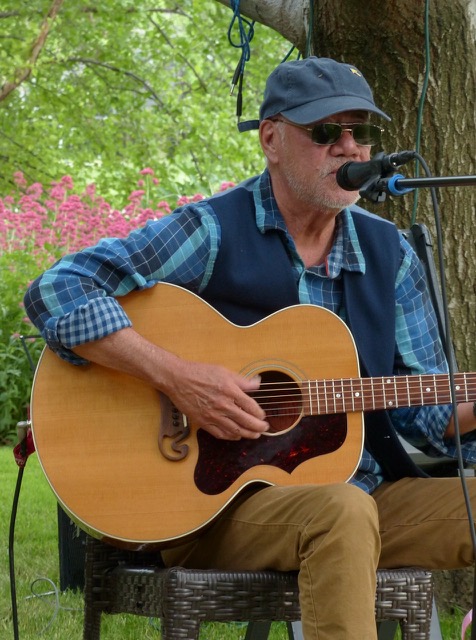 Galen Louis was a true Renaissance man. College professor, businessman, musician, singer, songwriter, storyteller, playwright, aerobic instructor, golfer, actor, motorcyclist and marathoner. He did them all and did them well.

Galen was born on October 23, 1949, in San Francisco, the second of four boys. His parents were immigrants from China, and he spent his early years in the Chinatown and Western Addition neighborhoods before the family moved to Corte Madera, Marin County, in 1965.

Galen started working at 15 as a cutter at Sue Mills, which made school uniforms and nun’s habits. At 16, he bought his first guitar at Montgomery Wards, leading to his longest love, music. He played, wrote songs, and performed his whole life.

In 1967, he entered San Francisco State College and became politically active, working for Sen. Eugene McCarthy’s presidential campaign during the 1968 race. During his college summers, he rode his motorcycle and hitchhiked around the West and was a counselor at a youth camp at Mt. Baker, Wash.

By 1972, he had dreams of exploring Europe by rail but set those aside when a new Sears store opened in the Bay Area. Store officials said they were looking for young industrious employees and Galen thought it would be a “kick” to take on the challenge. That began an 11-year career that started in the men’s department and ended only after he became regional merchandiser for 28 stores in California.

While working for Sears, Galen met his first wife, Janis, and later his second wife, Cindy.
It was also during that time that he took up running and eventually competed in events like Bay to Breakers and the San Francisco marathon.

Eventually, Galen left Sears to work for smaller, start-up companies where he felt there was more energy. Part of his work involved being a production and design liaison with manufacturers in Europe, China, and Mexico.

By 1989, he’d had enough of corporate life so he and Cindy moved to Pocatello, Idaho, so he could earn a master’s degree at Idaho State University. While going to school, he delivered Pepsi, taught aerobics, managed a fitness facility and worked at a psychiatric hospital.

He graduated with a master’s in Health Science and in 1992, accepted a job in Boise with Idaho Health and Welfare. He also met Peggy, who would become his third and final wife. During his time at Health and Welfare, he was a program manager for teen pregnancy, suicide prevention, injury and domestic violence, tobacco control, and specialized in working with disparate populations such as the Hispanics, Native Americans, the LGBTQ community, and other under-served populations.

In 1995, he accepted a full scholarship at the University of Illinois in Champaign Urbana to pursue a Ph.D. in Community Health with an emphasis in the Indian Health Services. He started yet another new career, developing his own consulting business. He became a contractor with Centers for Disease Control in Atlanta and traveled the country as a health care consultant for Indian tribes, state health departments and non-profit organizations.

Being self-employed allowed Galen flexibility and he took time to attend a language immersion school in Mexico to learn a third language to go along with English and Cantonese.

Eventually, he felt it was time to try something else and he took a job overseeing accreditation for ISU’s Masters of Public Health program, where he became director. His love was teaching but he also did research and administration.

After a serious illness in 2012, he retired from ISU but not from life. He joined Boise’s community theatre scene. He acted in seven plays and wrote one called “Dying Memories” which was produced in June 2019 to sellout audiences. He volunteered helping seniors do their income taxes and helped Refugees study for their citizenship test. All along, he continued his musical career by playing gigs all around Boise.

Galen and Peggy also travelled extensively. One trip included walking part of the Camino de Santiago in northern Spain, even though Galen had to use crutches after cracking a bone spur 10 days before the trip.

Galen loved all animals and in particular dogs. He also enjoyed fly-fishing and hiking.

In his later years, Galen endured kidney disease, heart disease, vascular disease and lung disease, but kept on despite them for many years. His family thanks all of the excellent caregivers at the Fresenius dialysis center in Boise and Horizon Home Health and Hospice.

To celebrate Galen’s life, please choose one of his attributes you most admire and make it your own so Galen will go on with you and those you touch.