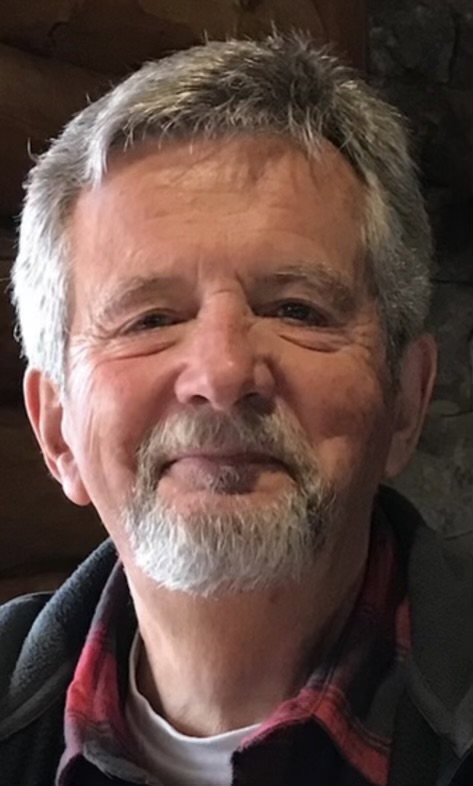 Gabe Holmquist (79) passed away on September 11, 2022 in his home with his family by his side. He fought a three-year battle with cancer enduring multiple rounds of chemo and radiation treatments but managed to maintain his optimism and sense of humor. He insisted on having a picture of every one of his doctors and nurses.

Gabe was born in American Falls to Leslie and Blanche (Snow) Holmquist on October 15, 1942. He was born 50 years too late as he always envied his father’s early life as a cowboy in eastern Idaho. Gabe maintained a museum of memorabilia of his father’s gear–saddle, chaps, working gloves, and hat along with photos of his father around the chuckwagon with his friends.

Gabe started school in Boise at Lowell Elementary, then finished grade school at Longfellow. North Junior High was where he met his best friend, Marc Barrie. At Boise High School in his sophomore year, he was in the same homeroom with his future wife, but it took him a while to figure it out. Finally, after dating her cousin and her sister, Peggy Hansen grabbed him in their senior year and the rest is history. They graduated from Boise High in 1960 and married in 1964.

After graduation it was off to Boise Junior College where he put in 1-1/2 years and he and his friend Marc decided it was time to enlist in the Army (116th Armored Cavalry) so they headed to Ft. Ord, CA for basic training. After basic he returned to college to become a teacher. By the time he graduated in 1969 with his BA in Art & History from Boise State College, the only teaching job he was offered as a secondary school teacher was in New Meadows, so Gabe started his career in the Moving & Storage industry in Boise where he worked for over 30 years for most of the major van lines.

In 1973 Gabe and Peggy were blessed with their first daughter, Amy, and what a revelation it was for Gabe. He was an only child and wasn’t sure he even wanted children or knew what to do with them, but he quickly found out that, even though he wasn’t quite ready to take on diaper changing, he was a terrific father. In 1976 another daughter, Becky, joined the family. Early on he realized he should have been an elementary school teacher because he absolutely loved teaching his girls about anything and everything, especially history. He encouraged Becky in her love of horses. They fenced the pasture together and secured the shed to shelter her horse, made frequent trips to buy hay, and attended numerous EhCapa performances.

Gabe loved our Baltic Sea Cruise which took us to Denmark, Germany, Sweden, Estonia, and Russia. Another European trip to the Normandy Beaches was a highlight as well as the trip of a lifetime – a ride on the nuclear submarine, the USS Boise. He greatly enjoyed hunting, especially antelope, as well as target shooting in the Owyhees, along with Jeeping, camping trips, and visits to National Parks. He bragged that he wore out 12 Jeeps in his lifetime. His hope is that friends and family who have already passed have found an ideal shooting range.

Gabe is survived by his wife, Peggy, daughter, Amy Davis and son-in-law, Aleck, daughter, Becky Holmquist, grandson, Dean Davis, sisters-in-law, Sue Moulton (Ridgecrest, CA) and Rose Hansen (Boise), and many nieces, nephews, and cousins. He was preceded in death by his parents and brothers-in-law, Marc Moulton and David Hansen.

Heartfelt thanks go to Dr. Norman Zuckerman and his staff at St. Luke’s Cancer Institute for the compassionate care Gabe received and to Journeys Hospice, specifically Jessica, Linda, Darcie, Melissa, and Lisa.

Viewing will begin at 6 p.m. on Monday, September 26, 2022 at Bowman Funeral Home. The funeral service will be held at 11 a.m. on Tuesday, September 27, 2022, with interment at Dry Creek Cemetery following the service. We invite you to make a donation to the Prostate Cancer Foundation in his honor, in lieu of sending flowers. He will be sadly missed and will always hold a place in our hearts. We’d like to thank all of our family and friends for their support and prayers.

Viewing will begin at 6 p.m. on Monday, September 26, 2022 at Bowman Funeral Home. The funeral service will be held at 11 a.m. on Tuesday, September 27, 2022, with interment at Dry Creek Cemetery following the service. We invite you to make a donation to the Prostate Cancer Foundation in his honor, in lieu of sending flowers. He will be sadly missed and will always hold a place in our hearts. We’d like to thank all of our family and friends for their support and prayers.