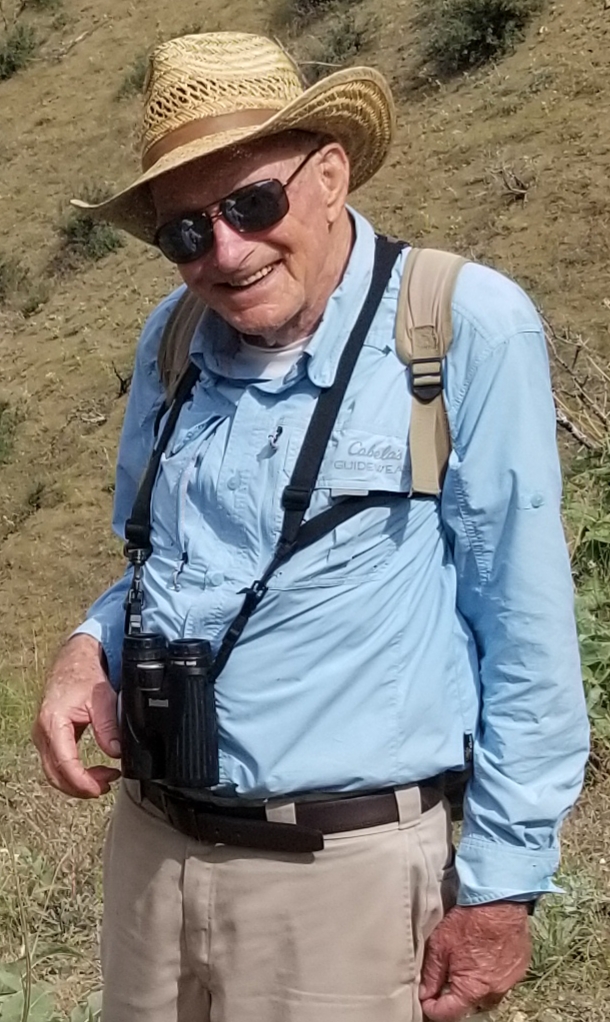 Evans was born on April 20, 1933 in Enola, Pennsylvania, the oldest of six children of Evans and Erma Lutz.  He grew up near the Susquehanna River, where his love for the outdoors was evident at an early age as he was often found playing hooky to go hunting or fishing.  In 1954 he met a very special lady, Cora Rupert, who became the love of his life.  They married in 1955 and the Lord blessed them with 65+ wonderful years together as husband and wife.

He earned a degree in Forestry from Penn State and snapped up a job with the US Forest Service in Maine.  His career as a Forester allowed him to explore the most beautiful parts of our country and move with his growing family slowly west, ending up in Sitka, Alaska in 1977.  He and Cora spent 13 years hunting, fishing, hiking and exploring the Alaska wilderness.  He retired after 30+ years with the Forest Service and returned to Maine where they built their own house from the ground up.  Wanting to be closer to their children and grandchildren, they again headed west and settled in Boise in 1999.  While at home, a week did not go by without drives to the mountains or hikes in the hills, binoculars in hand, to view wildlife and count the varieties of wild flowers. They frequently hit the road visiting family and friends and natural wonders along the way, always finding a local church to visit on Sunday.  His life-long commitment to God and his family continues to be an inspiration to all who knew him.