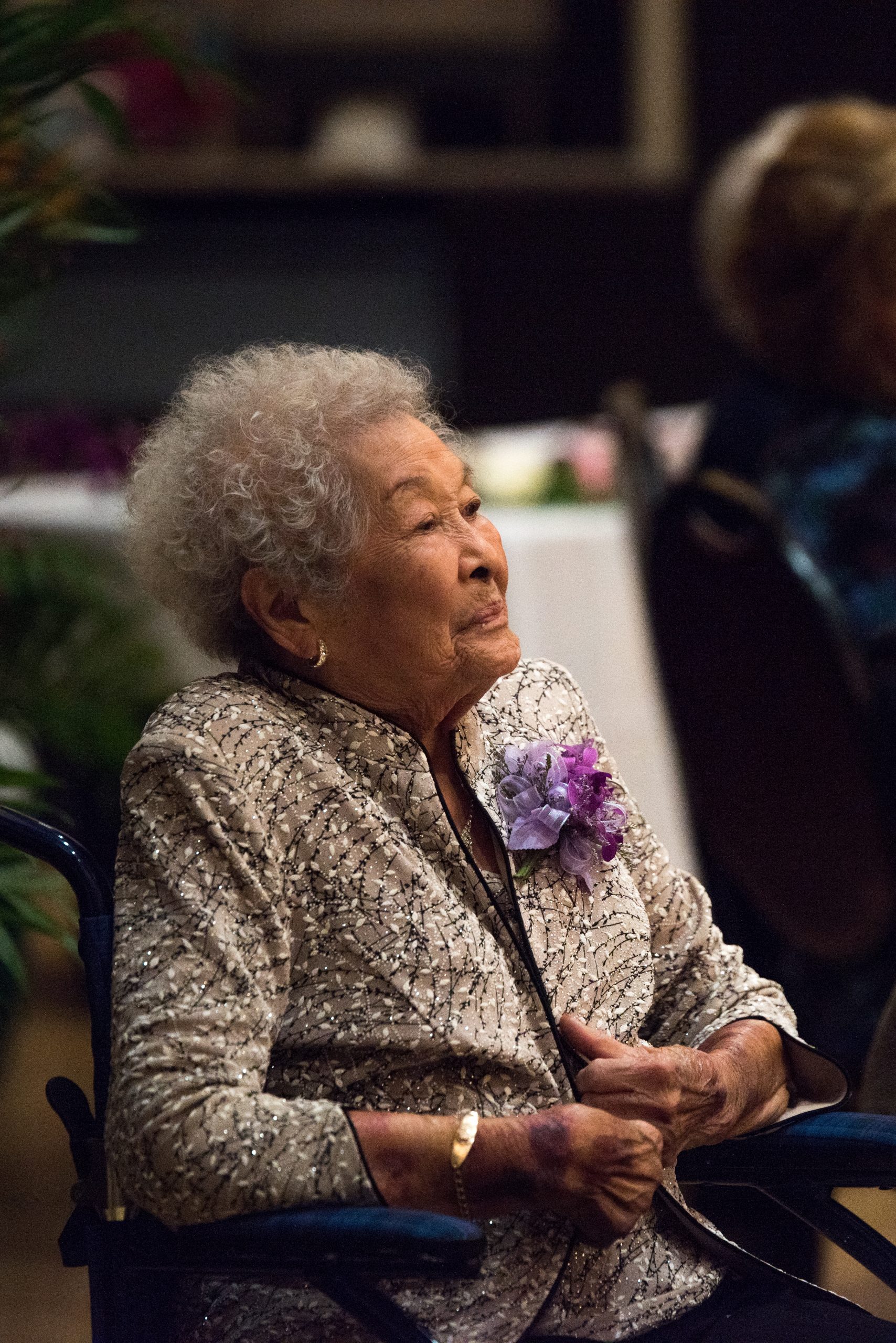 Eurice Henningfeld (née Hochoy) was born to David and Kuiyin Hochoy on March 22, 1921 in Blanchisseuse, a lovely fishing village on the north coast of Trinidad and Tobago, W.I.  She was the 9th of 10 children—2 brothers born in Costa Rica, 1 brother born in Jamaica, who served as Governor and Governor General of Trinidad and Tobago in the late 40s, 50s and 60s.  After his birth, her parents settled permanently in Trinidad where 5 sisters and 1 brother joined the family.

Eurice was married twice.  The first marriage to John Aleong ended in divorce after ten years.  A son, Kent, was born from that union.

Our mother held many important secretarial positions during her working years.  She was a very skilled and competent stenographer and verbatim reporter.  Her positions included the following:

Eurice attended St. Joseph’s Convent, Trinidad, and graduated with distinction, earning her High School Certificate.  During her school years and for years after, she played competitive tennis and field hockey for the Chinese Club.

In 1951, she met her second husband, Leo Henningfeld, SSgt (USMC) during summer vacation from ICAO in Montreal.  He was stationed at the Naval Base in Trinidad.  They got married in New Jersey on December 16, 1952.

Three children were born of this union in three different places as our father, being in the Marine Corps, was deployed every few years.

Craig was born in Portsmouth, VA, Melissa in Kalamazoo, MI, and Mark in Camp Lejeune, NC.  She loved taking care of their kids and was told by her friends that she was crazy for wanting them at home for longer vacations.

Eurice loved volunteering at the two churches she attended.  At. St. Paul’s Episcopal Church in Albany, GA, she wore seven hats at different times and when she moved to Boise to be near to Craig and Mark, she attended St. Michael’s Episcopal Church, where she served as Lector, Usher, Office Volunteer and Cashier at the Lenten Lunches.  She also was the treasurer of St. Catherine’s Guild.  Her church was a very important piece of her life.

Eurice loved sports and was glued to the TV, watching tennis, college football and, to a lesser degree, baseball.

She also enjoyed reading, politics, cross-stitching and, having been born near to the ocean, swimming, and loved going to Depoe Bay, Oregon to watch the ocean.

Eurice was preceded in death by her parents and all of her siblings, Edward, Noel, Solomon, Alice (Sissy), Ena, Henry, Winifred, Annie, and Vivian (Pops).  She leaves to mourn their loss her three sons; Kent, of Cedar Park, TX, Craig and Mark of Boise, and Melissa of Arlington, TX.

Final arrangements will be handled by Bowman Funeral Chapel, with inurnment at St. Michael’s Columbarium.

Due to the Covid-19 pandemic, a memorial service will be held at a later date.

Our thanks to St. Luke’s Hospital and Keystone Hospice for their care during her final week.

In lieu of flowers, it would be much appreciated, if desired, to send a donation for “Come to the Banquet”, St. Michael’s Episcopal Cathedral, 8th and State Streets, Boise, Idaho, 83702.

Due to the Covid-19 pandemic, a memorial service will be held at a later date.