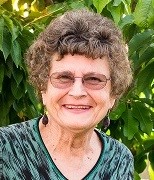 Emily “Arbell” Thompson, 81 of Boise, Idaho, passed away December 25th, 2021. Arbell was born in Ainsworth Nebraska, the gateway to the Sandhills on May 22, 1940 to Sherman and Margie Hartgrave Gudgel. She moved to Nampa, Idaho in 1949 at the age of 9. She was burnt severely at the age of 10 and not expected to survive but in true Arbell fashion she rose and conquered. She graduated from Meridian High School in 1957 and attended Boise Junior College for two years. She married in June of 1959 and had a little girl named Angelique. She moved to Albuquerque, New Mexico where she started her carrier working as a civilian for the military. Arbell was a driven woman, working two jobs, raising a child and getting her bachelor’s degree from the University of New Mexico. While working for the government she obtained her master’s degree from Boston University. She worked for 42 years with the US Government Department of Defense including working on the treaty between the United States and the Former Soviet Union. After retiring from the government, she worked as a project management consultant for six years. New Mexico was one in many places she would live. Her job allowed her to see many places around the world including most of Europe, the Soviet Union, Germany and Egypt. She also vacationed in almost every state in the United States and enjoyed taking cruises all around the world. To say she “loved” to travel is putting it mildly. One of her other loves was square dancing, she belonged to SSDUSA – Single Square Dancers U.S.A. and WASCA – Washington Area Square Dancers Cooperative Association. She was on the board of both and served in many different positions in the associations. Before moving to Boise, Idaho she lived in Virginia and was very involved in the gated community condominium in which she lived where she also served on the board in different capacities. Arbell’s hobbies also included quilting, entertaining and crafts. She was not afraid to try something new and did so when the opportunity was presented to her. Arbell is survived by her daughter Angelique, brother Ed (Diane) Gudgel, brother Steve Gudgel, sister-in-law Dottie Gudgel, and many nieces and nephews. She was proceeded in death by her parents Sherman and Margie, two sisters Ardath (Earl) Grant and Alyce (Bob) Heiss and one brother Mike Gudgel. A special thanks goes out to her Home Instead caregivers who were so kind in helping take care of her and making sure she made it to lunch and pinochle on time at the Meridian Senior Center. Funeral services will be held to celebrate the life of Arbell on Saturday, January 8th, 2022 at 11 a.m. at the Bowman Funeral Parlor, Garden City, Idaho. Due to Arbell being diagnosed with Vascular Dementia in 2013 in lieu of flowers please consider a donation to a dementia society of your choice, the dementia society and Alzhiemer’s Association are great places to help further research in these devastating illnesses. A special thanks goes out to all the care givers and Meridian Senior Center staff and members who made her so happy over the last two and a half years.