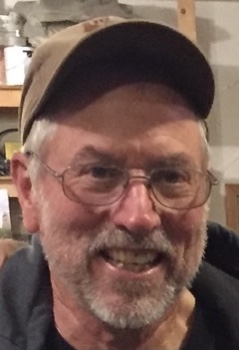 On the morning of June 16th, 2021, Elliot kissed his wife Linda good-bye and said “I’ll see you this evening”. He never came home. He was leaving work and passed away suddenly when he was getting into his car to go home.

Elliot S. Scott was born July 16, 1948 in rural Leon, Iowa to Stanley Harold Scott and Betty Pearce Scott. The Scott’s came from a long line of farming families, and Elliot felt blessed to have been raised on the farm. At the age of 11 Elliot underwent open heart surgery for a patent foramen ovale, which was quite a medical care feat in 1959. Surgery was such a success that by the age of 14 he was bucking hay and doing all the other chores and activities of a typical boy his age.

His family moved to Mountain Home, Idaho in 1965 and Elliot graduated from Mountain Home High School in 1967. Elliot married right after high school and the young couple had a son, Elliot Shane, who was born prematurely and did not survive. He moved to British Columbia, Canada with his family, where they homesteaded land north of Fort St. John and returned to Boise in the early 70’s. Elliot enjoyed hunting, and was quite the adventurer in his younger years. He worked on both the family farms and for others, at sawmills, in construction, logging, and managed a bar.

Elliot started his own excavation company, Elliot Scott Earthmoving, over 30 years ago in 1992. Elliot formed many life-long friendships with his customers, suppliers, and vendors, a testament to his character. Elliot exemplified honesty, integrity, and fairness in everything he did, both business and personal; taking the extra steps needed to make sure that things were done right.

In 1983 Elliot met the woman he would later marry at a New Years Eve gathering in Stanley, Idaho. Elliot married Linda, the love of his life in 1985, sharing 36 wonderful years together. Together they built a wonderful life, putting family at the forefront of everything they did together. They enjoyed spending time at their cabin in Donnelly, visiting with family and friends, and traveling to Arizona in the winter to visit family.